Breaking News
Home / ENTERTAINMENT / Why Would I Pray Through Jesus When I Can Pray Directly To God?- Gyedu-Blay Ambolley

Why Would I Pray Through Jesus When I Can Pray Directly To God?- Gyedu-Blay Ambolley 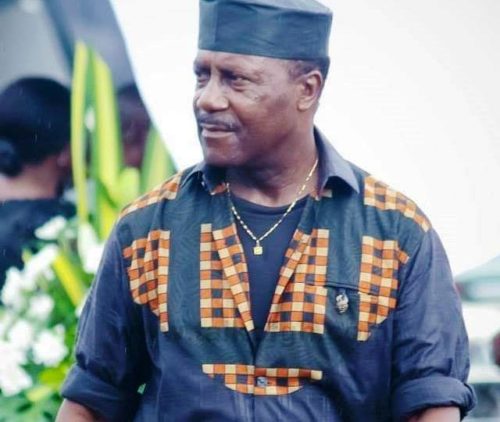 Veteran Afro-jazz and highlife legend Gyedu-Blay Ambolley has disclosed that he sees no need in praying through Jesus who is not God when he can directly pray to God and request for whatever he wants.

Speaking in a recent interview on Class FM, Ambolley said; “People are saying Jesus is God. It’s like this formation of the white people that has been brought to us but we mustn’t forget that all of us went through the missionary schools; all the schools that we went to, Anglican, Presbyterian, Roman Catholic, all were established by the missionaries, so, they taught us what they wanted us to know”.

Ambolley further explained that he cannot say Jesus is God when he doesn’t believe it.

“I believe in being truthful to myself, I believe that I cannot say Jesus is God or if I want to pray to the creator, I have to pray to the creator through Jesus. t’s just like [being in] a family that you’re not at peace with your father, so, if you want anything from your father, maybe you pass through your brother or you pass through your sister because you can’t go straight to your father because of your misbehaving, so, now you want to use somebody to get through to your father.”

Ambolley further bemoaned that when he was brought into the world, everything was in order and it will still be the same after he dies.

Also Check:   “It started with hi on Facebook”- Bride thanks God for directing her husband to her through Facebook

“Me, if I want anything, I go straight to my creator, I’m never going to go through Jesus; for what? Before I came into this world, everything was in order; when I leave this world, the order is still going to be the same, I’m not going to say somebody has come so [I have to pray through him] because I see Jesus as a teacher; a teacher that he has told you that if you want to go to God, this is the way; he has finished his job”, Ambolley argued.

He, therefore, wondered why people make so much noise about Jesus in churches.

“Now, people are always crying: ‘In the name of Jesus’. People in the churches are using microphones and speakers [disturbing everybody]. It’s like anything they want from the father now, they are speaking through microphones and speakers for everybody to know what they want and even the Jesus that we are talking about said: ‘If you want to have any collaboration with your father, go to your room and speak with your father one-on-one. It’s not that you take a microphone and ‘gbegbegbegbegbe’. Look at where religion is going now. Now people are using religion to make themselves rich and all that; they’ve forgotten that money is not the key”, he added.

@Rexkrampa
Previous Otumfour Osei Tutu is not a Ghanaian – Evangelist Addai alleges
Next Men Must Aleast Pay Their Girlfriends 1,200 Every Month For A Long Lasting Relationship – Singer Advises