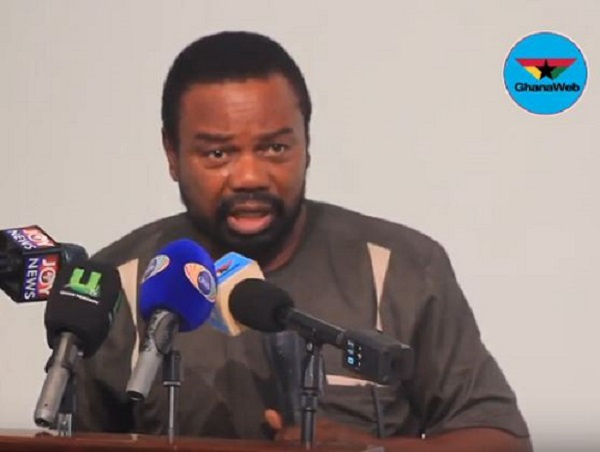 • MMDCEs for all 260 assemblies have been named

• Confirmations have already started in a number of assemblies

The Centre for Local Governance Advocacy (CLGA) is calling on the president, Nana Addo Dankwa Akufo-Addo, to withdraw any of his nominees who do not meet two-thirds of the majority votes cast to confirm them.

A statement signed by Dr. Vladimir Antwi Danso, the acting Executive Director of the CLGA, said that all the nominees for the Metropolitan, Municipal, District Assemblies (MMDAs) should be guided by this.

“CLGA reminds Assembly Members that they are exercising delegated powers from the electorate during the confirmation of nominated MMDCEs. The process for approving nominees makes the General Assembly an Electoral College and must therefore be exercised with due care, devoid of partisanship and unnecessary influence. MMDAs are reminded of the provisions under Part 3 of the revised Model Standing Orders (2019) which allows the president to nominate or re-nominate a candidate as many times as he wishes if the candidate fails to pull the required 2/3rd majority.

“CLGA is therefore calling on the President to withdraw any candidate who fails to pool 2/3rds majority of votes cast after a second round of voting in order to give the General Assembly the opportunity of exercising their right to get a qualified alternative person as MMDCEs,” the statement said in part.

The Minister of Local Government, Decentralisation and Rural Development, Dan Botwe, on Sunday, September 19, 2021, released the list of all nominees for the 260 MMDAs on behalf of the government.

Their nominations are however subject to approval by their respective assemblies through a majority vote, or, more than two-thirds of the acclamations.

The CLGA, therefore, wishes that all unsuccessful nominees would rather support the work of those who sail through so as to promote development.

“The CLGA further urges all unsuccessful nominees to extend an olive branch to the nominated MMDCEs in order to promote peace and facilitate development at the local level. Unsuccessful Nominees are advised to prevail upon their followers to eschew agitations and acts that will disturb the peace of the country.

“CLGA further calls on government to review the 2019 model Standing Orders for MMDAs to prevent unpopular nominees from becoming MMDCEs. The Model Standing Orders can be revised to reflect this situation since the revision falls within the mandate of the Minister responsible for Local Government Decentralization and Rural development (MLGDRD),” the statement said.

Everything is impossible until you take the steps to make it possible, be positive in every step you make. Nature will definitely give you the smoothest part of life. Email us on [email protected] Whatsapp: +233540577992
@HiplifeHiphop
Previous Robbers no longer fear the police, release military to deal with them – Maurice Ampaw
Next Akufo-Addo’s government is full of disrespectful old men and women – Akandoh