Breaking News
Home / ENTERTAINMENT / You can’t be jailed; you defrauded no one; just show up – Bulldog to NAM1

You can’t be jailed; you defrauded no one; just show up – Bulldog to NAM1 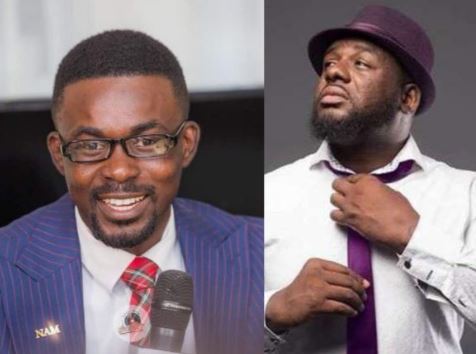 Lawrence Nana Asiamah Hanson, known in showbiz as Bulldog has asked his boss, the Chief Executive Officer of Menzgold, Nana Appiah Mensah, who’s on the run, to show up from wherever he is.

This comes on the back of a recent warrant of arrest issued by the court against the CEO of the gold dealership company, Menzgold.

In a recent video, the Artiste and Repertoire Manager of Zylofon Music, another company owned by the Menzgold CEO, is seen lambasting the government, accusing it of messing up the Menzgold business, as he also advises his boss to present himself before the powers that be.

“If what I’m hearing is true about the arrest warrant, show up. You will not be jailed. None of your people will be jailed. You did not defraud nobody. You have a good case. You were running your business until this present administration messed it up,” Bulldog said.

He added if the government felt Menzgold’s business was dubious, there were better ways of going about it.

Bulldog, who is also an Artiste and Repertoire Manager of Zylofon Music, another company owned by Nana Appiah Mensah, said he also has his investment locked up in the Menzgold business.

“When you started this campaign against Menzgold, you said you were protecting customers. You came in to mess things up, not to protect us. You’ve messed things up and you’ve delayed our investment,” he said.

According to him, the Security and Exchange Commission and the Bank of Ghana, had no authority or right to interfere in the business of MenzGold.

The company, in 2018 courted controversy over its operations, which it claimed was licensed solely to buy gold in Ghana and export to other countries.

SEC in September 2018 ordered Menzgold to shut down its gold trading activities and subsequently met with the management of the company to discuss new conditions to guide its operations, but Menzgold rejected the terms and decided to head to court to challenge SEC and the BoG’s control over its operation.