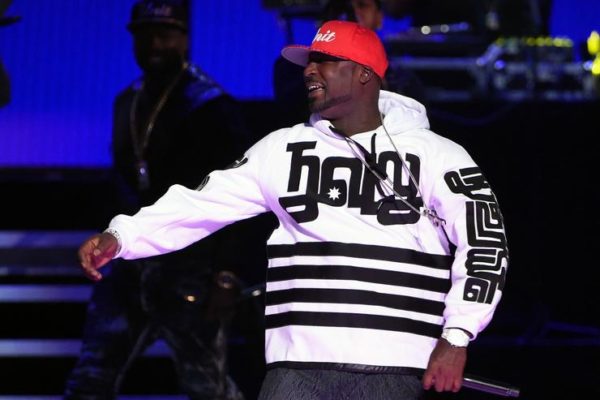 Former G-Unit rapper Young Buck is reportedly in such dire financial distress, he has to rely on his girlfriend for his every day needs.

According to amended bankruptcy documents obtained by BOSSIP, Buck claims to have no property, money in the bank or cash in his pockets. His very few assets include $100 in clothes and $100 in jewelry.

Buck also owed the IRS $50,239 and another $106,000 in child support to two of his children’s mothers in Georgia and Tennessee. He says his sole source of income this years has been from several copyrighted mixtapes, including 10 Bricks, 10 Bullets and 10 Bodies, which yielded $35,000. He says he’s entitled to royalty payments but hasn’t seen any.

As previously reported, Buck requested 50 Cent and the rest of G-Unit not be allowed to collect on any money through the bankruptcy filing. Buck is a well-known target for 50’s vitriol on social media and has repeatedly spread rumors about his sexuality.

Buck filed for bankruptcy last month in what could’ve been an attempt to dodge his debt to 50. Court documents showed Buck wanted to “reject any and all executory contracts with G-Unit and/or Curtis Jackson.”

In May 2019, the Power mogul blocked the release of Buck’s “Road Trip” video with a copyright claim and Buck returned with two diss tracks aimed at his adversary — “The Story Of Foofy” and “Foofy.”

In his latest filing, Buck cites G-Unit as his only employer for the last seven years. He filed for bankruptcy in 2010 as well. Buck’s latest musical offering came in the form of the Outbreak EP, which arrived on May 22.

Everything is impossible until you take the steps to make it possible, be positive in every step you make. Nature will definitely give you the smoothest part of life. Email us on [email protected] Whatsapp: +233540577992
@HiplifeHiphop
Previous Patapaa  My Dog Food Feat. Bowtie (Lil Win & Article Wan Diss)
Next 6ix9ine & Nicki Minaj – TROLLZ