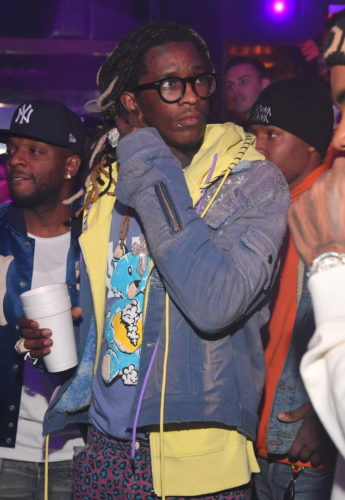 That must not have been “So Much Fun.”
Atlanta rapper Young Thug is currently one of the most influential figures in the entire music industry. He has a group of young men and women that would do anything to sound like him, sucking in his advice and wisdom as if they were sponges and releasing it back into the world through their own musical releases. Thugger has paved the way for young artists like Lil Keed, Gunna, Karlae, Lil Duke, and many others. On So Much Fun, his official debut album, he proved his slime loyalty by giving them the room the shine. Now that the project is out of the way, Thug has some time to focus on himself. While it’s still incredibly unclear what type of procedure the rapper had in the hospital, he’s providing a health update to all of his passionate supporters. 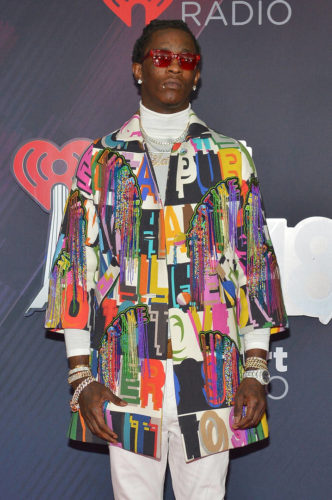 A few days ago, Young Thug uploaded an image of himself in a hospital bed to social media, confusing many of his fans and leading even his closest peers to ask what was going on. The superstar failed to respond but today, he told everyone that he’s doing just fine. Coming through with yet another photo, Jeffery hyped up his next musical effort before promising to be back on his feet in no time.

“Surgery went well…back on n***as ass’s ‘PUNK’,” wrote the icon. Thankfully, the talented artist is doing alright and he looks ready to continue his upward trajectory. Get well soon, Slime.

Young Blackboi Amg Napiboi is an experienced Public Relations Officer and Author with a demonstrated history of working in the music industry. He holds an enviable record of working directly and running PR jobs for both international and local artistes; notable among his huge repertoire of artistes worked with are Morgan Heritage (Grammy Winners), Rocky Dawuni (Grammy Nominee, 2015), Samini (MOBO Winner - 2006, MTV Awards Africa Winner - 2009) and Stonebwoy (BET Best African Act Winner - 2015). Other mainstream artistes of great repute he has worked with are EL, Eshun, Kula, (just to name a few), who have all won multiple awards under Vodafone GHANA Music Awards (VGMAs). Young Blackboi Amg Napiboi has done PR & road jobs for Sizzla, Jah Mason, Busy Signal, Kiprich, Anthony B, Demarco, Turbulence, Popcaan, Jah Vinci & Morgan Heritage who came to Ghana for concerts and other activities. Young Blackboi Amg Napiboi has done countless activations for artistes and has coordinated dozens of events both locally and internationally. He deeply understands the rudiments of the industry and has an upper hand in the reggae and dancehall fraternity (has served as an Executive Board Member of Vision Awards). His passion for the profession is enormous. Aside his PR duties, he also stands tall as one of the few bloggers who breakout first hand credible and also dig out substantial informations relating to the arts & industry. He is quite visible in the industry and very influential on social media, which to his advantage, has gunned a massive following for him on social media as well as in real life. He is a strong media and communication professional skilled in Coaching, Strategic Planning, and Event Management. He's very transparent on issues around the art industry.
Previous Megan Thee Stallion Song Causes Tina Turner Musical Writer To Tear Her ACL
Next Tiwa Savage hangs out with American rapper Diddy in Atlanta