Harry Ogbonna, popular Nigerian auto dealer famously known as IVD, the CEO of IVD Autos drops a debut with which he featured the rave of the moment, Zlatan Ibile to unlock this brand new record dubbed “Bolanle“.

After a series of social media outbursts about the trips, the said “Bolanle” has got herself indulge in, the song is finally out. Produced by talented producer, Phanom.

The music video was shot and directed by Director VP. 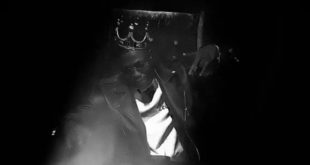