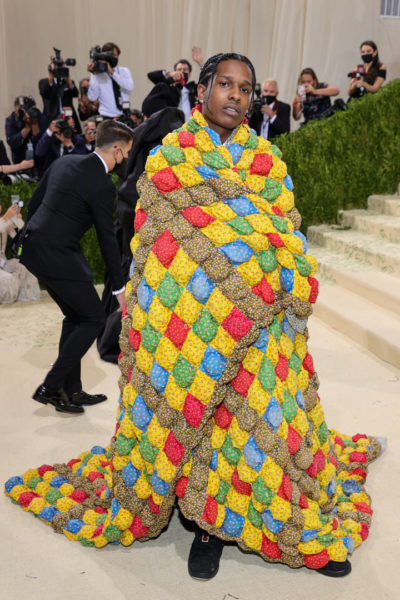 Rocky detailed all of the emotions that come with the 10th anniversary of his debut mixtape.

A$AP Rocky’s Live.Love.A$AP was one of the most impressive debut mixtapes of the last 20 years.

Mixing signature hip-hop sounds from all over the country, Live.Love.A$AP was Rocky’s introduction to the world. And despite a shift in focus from music to fashion, acting, and his high-profile relationship with Rihanna, Live.Love.A$AP still holds a special place in Rocky’s heart, and in the hearts his fans.

Tomorrow, to celebrate the 10th anniversary of the mixtape, Live.Love.A$AP is set to hit all digital streaming platforms, and even with the unfortunate news that fan-favorites “Out Of This World” and “Kissin’ Pink” will not be included in the re-release, the buzz surrounding the decade-old mixtape is palpable.

Taking to Twitter, Rocky penned a heartfelt message about the mixtape, and the A$AP Mob members who made it possible.

Referencing the late, great A$AP Yams and acknowledging that Live.Love.A$AP was really the first time anybody had heard about, or knew how A$AP Rocky was, the Testing rapper paid homage to the legendary mixtape and, in his customary style, made sure to replace every S with a $.

Whether or not we’ll ever get Rocky rapping like he did on Live.Love.A$AP is unknown, but tomorrow, it will be like it was back in 2011, when blogs and mixtapes were pillars of the rap game. Much like fans celebrated the re-release of Mac Miller’s Faces, fans are sure to celebrate Live.Love.A$AP the second it hits Apple Music and Spotify. How long will the hype last? Who knows. But for at least a day or two, Live.Love.A$AP will be at the top of the conversation in rap music, and that’s how it should be.

Will you be spinning Live.Love.A$AP when it drops on digital streaming platforms at midnight? Let us know in the comments.

Everything is impossible until you take the steps to make it possible, be positive in every step you make. Nature will definitely give you the smoothest part of life. Email us on [email protected] Whatsapp: +233540577992
@HiplifeHiphop
Previous Drake Says Eminem Is “Underappreciated” & Calls Snoop Dogg “Too Raw”
Next Strongman – Last Verse (Official Video)