Are you trying to kill Edem’s craft? – Fredyma questions Sark 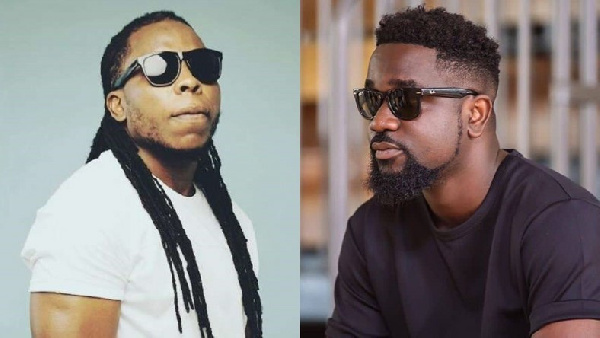 Entertainment analyst and sound engineer, Fred Kyei Mensah, popularly known as Fredyma, says he wonders why Sarkodie did not pick up Edem’s calls when he knew what business they had together.

In an interview on Happy98.9FM’s Showbiz Xtra, Fredyma quizzed, “How is it that Sarkodie featured on Edem’s song and now that it is time to shoot the video, he is refusing to show up? Are you trying to spoil his craft? In the first place, you agreed to record the song with him knowing very well that the song comes with a video so what were the rules of engagement while they were recording the song?”

According to him, Edem had probably told Sark when he would like the video to be shot, hence his reason for calling. “So as an artiste, if he’s calling you and you’re refusing to pick up, he will be hurt and feel like you’re belittling him.”

“Sarkodie needs to check that. He needs to know when and how to pick calls. At least at the end of the day, you can look through the calls you missed during the day and reply to some of them. There’s something called true lies. You can tell them you were recording in the studio at the time they called,” he further advised.

Fredyma commented that Ayigbe Edem is one of the people who go way back with Sarkodie, therefore it is very understandable if he is hurt and it was also not a nice thing on Sarkodie’s part to ignore Edem’s calls when he knew they had a video to shoot.

VRMG boss and rapper, Ayigbe Edem, recently made a public complaint about Sarkodie refusing to answer his calls when they had an appointment for a video shoot which he paid lots of money for. Sarkodie later responded that his habit of not picking calls is one of his biggest problems since he shot to fame and that it is something even his mother is a victim of and regularly complains about, hence, Edem should not take it personally.

Everything is impossible until you take the steps to make it possible, be positive in every step you make. Nature will definitely give you the smoothest part of life. Email us on [email protected] Whatsapp: +233540577992
@HiplifeHiphop
Previous 56-year-old farmer found dead in his room at Nkwanta Eduaful
Next My father said he made a mistake naming me ‘Denis,’ I don’t like the name – KiDi