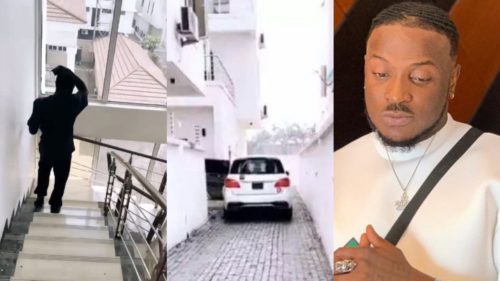 Peruzzi is a proud owner of a mansion which makes him the latest member of the celebrities with beautiful houses in town.

Davido was the first to announce the news of Peruzzi acquiring a new house a few days ago via Instagram. However, the music star recently took everyone on a guided tour of the beautiful edifice.

Obviously located in a serene location in an undisclosed highbrow area in Lagos, Peruzzi’s new house might have cost close to a hundred million. The beautiful white painted two-story building is a perfect example of what befits a celebrity.

Even though the house is yet to be furnished, it appears Peruzzi will be coughing out a lot of money to put in the finishing touches to the beautiful edifice. During the tour, Peruzzi revealed that he would be having his studio located in the house. 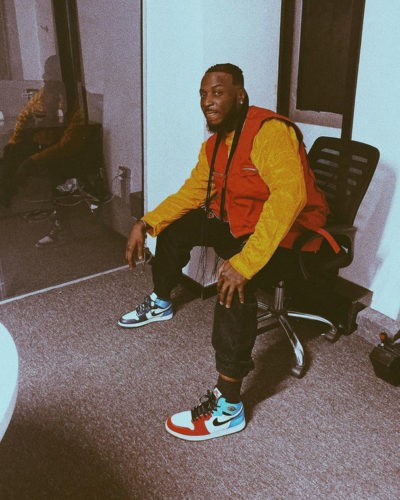 Congratulations to Peruzzi on this big and bold step from all of us.

@Rexkrampa
Previous Efia Odo Shares Raunchy Throwback Photo With A Big Backside; Fans Question Where All The ‘Meat’ Went To – Photo
Next Nicki Minaj’s brother sentenced to 25 years to life for raping stepdaughter