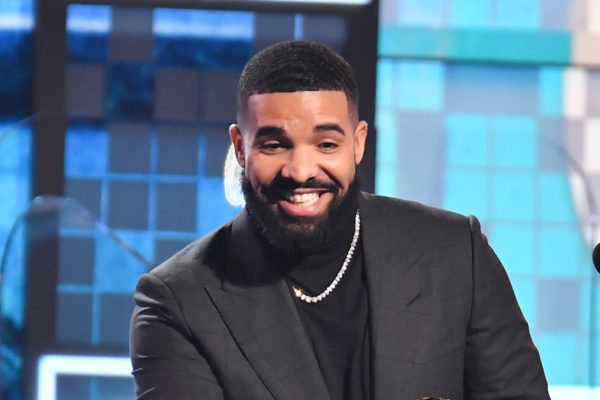 Drizzy even pulled out his cowboy boots for the special occasion.

Today may be Drake’s 35th birthday, but last night was when the rapper got to celebrate with some of his closest friends, including his “No Stylist” collaborator, French Montana. The Canadian star hasn’t shown too many behind-the-scenes photos from the big event yet, but we do know that the theme originated from the Netflix original series, Cocaine Cowboys.

If you’re not familiar, the docu-series is made up of six episodes, and tells the unbelievable story of Willy Falcone and Sal Magluta – two of Miami’s kingpin cocaine dealers. It became a huge success on the streamer, like many of their other true crime shows.

In a clip that made it onto the @2cool2bl0g Instagram account, someone can be heard saying, “Cocaine Cowboys is here, baby,” while showing off a giant piece of artwork that morphs the face of a well known drug dealer with Champagne Papi as Mariachi music plays faintly in the background.

The camera then cuts over to Drake, who rocked full cowboy regalia, right down to the spurs on his boots. “Look at my boy,” the cameraman says, hyping the “Fair Trade” rapper up as he turns around to show off the fringe on his suede jacket while humbly lifting up his hat.

According to TMZ, Drizzy encouraged his friends to also dress up for the evening, although some attendees are seemingly saving their bold outfits for next week’s Halloween antics. Larsa Pippen, Jack Harlow, Offset, Kawhi Leonard, and Future were all in attendance, and plenty of other stars have already given the 35-year-old his obligatory birthday Instagram post.

What do you think of the theme for Drake’s birthday party? Would you attend, or no?

Everything is impossible until you take the steps to make it possible, be positive in every step you make. Nature will definitely give you the smoothest part of life. Email us on [email protected] Whatsapp: +233540577992
@HiplifeHiphop
Previous Boosie Goes On Bigoted Rant Against Lil Nas X, Tells Star To Kill Himself
Next Soulja Boy Says He Could’ve Signed NBA Youngboy After Dissing YB Fans