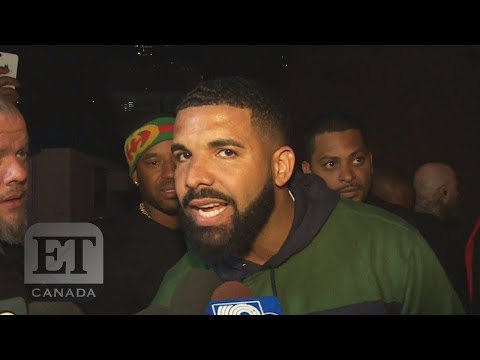 A clip of the scuffle was posted to The Neighborhood Talk on Instagram.

As you may have heard by now, today is Drake’s 35th birthday. Last night, the rapper had a star-studded Cocaine Cowboys birthday party, including appearances from Kawhi Leonard, French Montana, Larsa Pippen, and more.

One of the many faces in the crowd during Drizzy’s festivities was Sky Days from Black Ink Crew. Footage posted to The Neighborhood Talk on Instagram reveals that reality TV star got into what looks like a “lil tussle.”

“Y’all know Sky don’t play,” the clip was captioned. Viewers can see Sky being helped off the ground by an unidentified man before another girl turns around and says, “I literally went behind her and she pushed me.” Much of the conversation from the video is unintelligible, but the tension can easily be felt in everyone’s body language and tone of voice.

Instagram influencer Yahné Coleman, who says she was also at the event, commented on the post. “The MEN was worse than the women last night.. Pushing and steppin on my toes.. And security was even worse to the women.. Disgusting.” Meghan James also shared her experience, saying, “I almost got in to 3 fights, and one was with a n*gga who pushed me. Don’t f*ckin push me bc I push back. Period.”

Some of the women at Drake’s birthday party may have had a rough evening, but from the looks of his Instagram story, the “God’s Plan” rapper was having the time of his life. He rocked a suede jacket, jeans, cowboy boots, and a matching hat, and shared some footage of he and his friends partying the night away.

Everything is impossible until you take the steps to make it possible, be positive in every step you make. Nature will definitely give you the smoothest part of life. Email us on [email protected] Whatsapp: +233540577992
@HiplifeHiphop
Previous Soulja Boy Says He Could’ve Signed NBA Youngboy After Dissing YB Fans
Next Ara-B – The Big 5 (Prod. By Beatz Vampire)