‘Hiplife is not dead’ – Reggie Rockstone 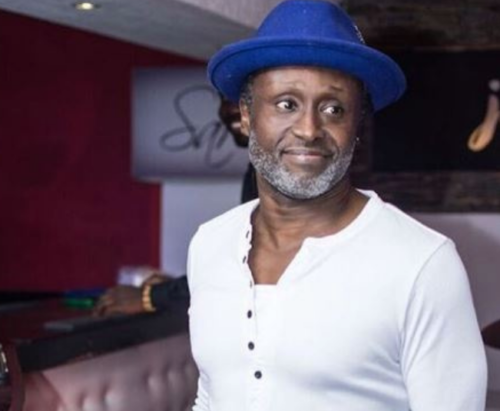 The man who is often credited to have pioneered the Hiplife genre, Reggie Rockstone has stated emphatically that Hiplife is not dead.

The grandpapa of Hiplife as he’s sometimes called, revealed this during a Question & Answer session on Twitter when one a fan asked him whether he agrees that Hiplife is fading because of the emergence Afrobeat.

In reply, Reggie strongly asserted that Hiplife is still vibrant and will never fade away.

“NOPE JUS A NATURAL EVOLUTION AND BECOS ALL ARE AFRICAN IT ALL BECOMES SEAMLESS! (Hip Life Is Not Dead. It’s Under The Radar. The Hip Hop Beat Structure And The Highlife Rhythm Cadence Lyrically Or Percussive-Wise Is Hella Ghanaian Very Powerful And Respected)35.”

On whether Afrobeat originated from Ghana and should be patented as such, Reggie Rockstone said,

“AFROBEAT HAS ITS ROOTS AND ORIGINS EXACTLY FROM WHERE THE TERM “AFRO” COMES FROM! A SLANG FOR AFRICA! IT COMES FROM AFRICA BY AFRICANS! UNCLE FELA IS AS AFRICAN AS YAW ASANTE! HE CAME TO GH MUCH AND SUM BAND MEMBERS WERE GH! PANAFRICAN TO THE BONE!”

Young Blackboi Amg Napiboi is an experienced Public Relations Officer and Author with a demonstrated history of working in the music industry. He holds an enviable record of working directly and running PR jobs for both international and local artistes; notable among his huge repertoire of artistes worked with are Morgan Heritage (Grammy Winners), Rocky Dawuni (Grammy Nominee, 2015), Samini (MOBO Winner - 2006, MTV Awards Africa Winner - 2009) and Stonebwoy (BET Best African Act Winner - 2015). Other mainstream artistes of great repute he has worked with are EL, Eshun, Kula, (just to name a few), who have all won multiple awards under Vodafone GHANA Music Awards (VGMAs). Young Blackboi Amg Napiboi has done PR & road jobs for Sizzla, Jah Mason, Busy Signal, Kiprich, Anthony B, Demarco, Turbulence, Popcaan, Jah Vinci & Morgan Heritage who came to Ghana for concerts and other activities. Young Blackboi Amg Napiboi has done countless activations for artistes and has coordinated dozens of events both locally and internationally. He deeply understands the rudiments of the industry and has an upper hand in the reggae and dancehall fraternity (has served as an Executive Board Member of Vision Awards). His passion for the profession is enormous. Aside his PR duties, he also stands tall as one of the few bloggers who breakout first hand credible and also dig out substantial informations relating to the arts & industry. He is quite visible in the industry and very influential on social media, which to his advantage, has gunned a massive following for him on social media as well as in real life. He is a strong media and communication professional skilled in Coaching, Strategic Planning, and Event Management. He's very transparent on issues around the art industry.
Previous I knew MzVee would leave Lynx Entertainment – Feli Nuna
Next The constant insults from people drain me emotionally – Wendy Shay