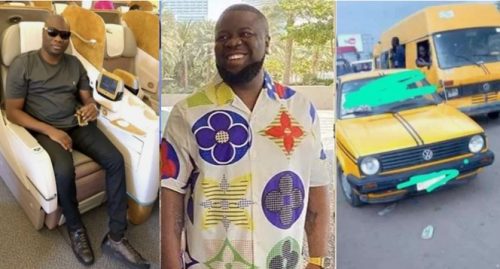 Mompha, Nigerian billionaire, made a serious revelation to the real status of the Gucci Master Hushpuppi’s parent.
Three years ago, one of his best pals, Ismaila Mustapha better known as Mompha disclosed shocking news about Dubai based boy. He revealed that Hushpuppi was so poor that he had debts to settle with him.

Also Check:   All set for 3rd edition of RTC Western Music Awards on May 11

But then, the Real Estate Developer neither confirmed nor denied this.

The Two High profile fraudsters, Hushpuppi and Woodberry have been extradited by the FBI to the US over money-laundering and cybercrimes. It is possible Hushpuppi could be jailed from 20 to 30 years for defrauding over 1.9 million victims.

Young Blackboi Amg Napiboi is an experienced Public Relations Officer and Author with a demonstrated history of working in the music industry. Notable among his huge repertoire of artistes worked with are Morgan Heritage (Grammy Winners), Rocky Dawuni (Grammy Nominee, 2015), Samini (MOBO Winner - 2006, MTV Awards Africa Winner - 2009) and Stonebwoy (BET Best African Act Winner - 2015). Other mainstream artistes of great repute he has worked with are EL, Eshun, Kula, (just to name a few), who have all won multiple awards under Vodafone GHANA Music Awards (VGMAs).
Previous Tiwa Savage Shares “No Make Up” Photo And She Still looks Amazing (Photo)
Next Hushpuppi Was Once A SECOND HAND Cloth Seller In Lagos City