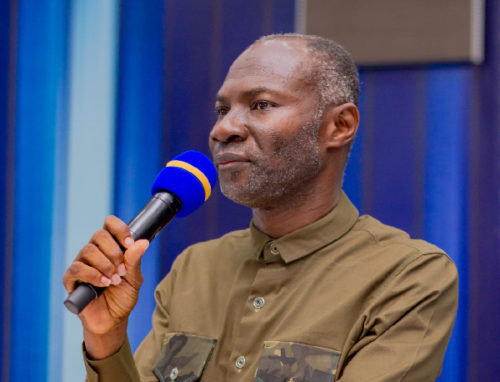 Founder and General overseer of Glorious Wave Church International, Prophet Emmanuel Badu Kobi, has rubbished claims that he’s on the pay list of John Dramani Mahama and other dignitaries.

Simply put, the man of God who predicted a win for the National Democratic Congress and John Dramani Mahama in the 2020 General Elections says no one pays him money to prophesy in their favour.

In the studios of Accra-based Angel FM with Captain Smart, he revealed that he is a businessman who makes legal money so he doesn’t extort money from his gullible church members.

In the voice of Prophet Emmanuel Badu Kobi, he bought his first car at the age of 19 while the “noisy pastors” today were walking on foot.

He added that he used to feed these pastors but now they’ve grown wings to challenge him.