Police in Lagos has arrested a man of God, Raphael Obi, popularly known as Pastor Sharp Sharp who cures cancer by sucking hard on a woman’s breast.

The ‘breasts sucking man of God’ was reportedly arrested in his church on Abaranje Road by Cele bus stop, Ikotun, Lagos State when he was in the process of sucking the breasts of a church member’s wife. 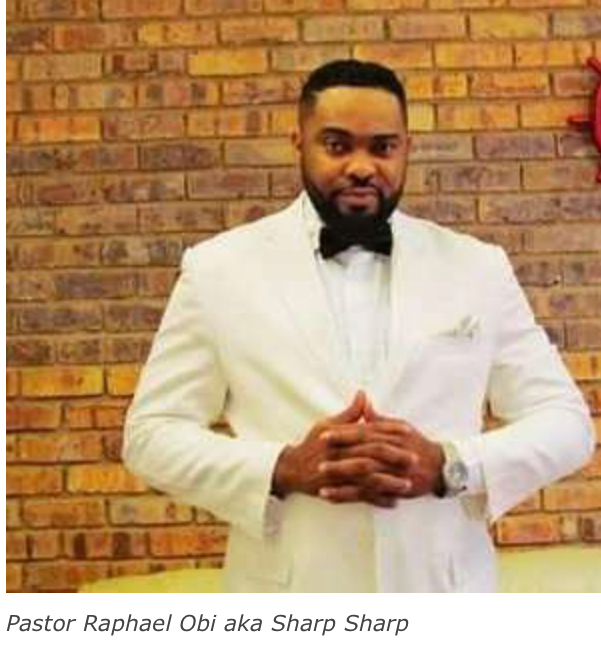 A report claims that the Enugu-born pastor has cured “killer diseases” of victims by simply sucking and caressing the female organ. He revealed this during an interrogation conducted by policemen from the Area M Command in Idimu, Alimosho local government area of Lagos State.

The Police arrested Raphael Obi who confessed to the police during interrogation that he sucks women’s breasts and has marathon sex with them in order to thoroughly get rid of evil spirits and fatal diseases such as breast cancer from their bodies.

Reports revealed that some charms attached to baby dolls were discovered at the suspect’s residence. The police have acquired these items and are expected to present it as an evidence against the said man of God.

Pastor Sharp Sharp is still being held by the police and will soon be charged for the offence.

@Rexkrampa
Previous Photos: Married Pastor Mistakenly Uploads Photo Of Himself Kissing Another Man On Facebook
Next If married men become faithful 85% of the ladies will die of hunger – Slay Queen