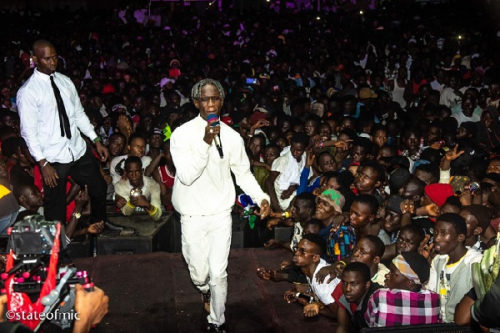 Jizzle, Gambia’s number 1 makes history as his Fessal Stade show filled the stadium for the concert for his album, Finally.

It was the most surreal moment for the Gambian music industry, no concert at the stadium from Davido to Chronixx to Movado to even Youssou Ndour has received the type of crowd that Jizzle received on Saturday, November 23rd.

This is just a testament of the love and support that Jizzle has received from the beginning of his career till now. Coming from humble beginnings from the community of Bakau, Jerreh Jallow has been on his musical journey for greatness for many years. He was born with a natural musical ability and quality. He employs both exuberance and brainpower to pull off conscious, sweet songs viable in today’s pop-culture.

Finally, the album was released three months ago on all digital platforms. Since its release, it has definitely proven to be the hottest album on the streets of the Gambia. There is no taxi, shop, or community that you go into that is not blasting Jizzle’s album. The country has uplifted him to the highest level and everyone is proud of him.

A number of singles have been released from the album accompanied by video like Finally, Joanna, Just In Case. However, it was Turn By Turn that became number one on Apple Top 100 Gambia for five weeks. The album was also number 1 on Apple Music Gambia.

Also Check:   Actress Dolly Nwaduba reveals how she planned to kidnap her ex-boyfriend on his wedding day

Jizzle has worked very hard and has proven that his craft is ready to compete and shine on the world stage. His entrance on the stage at the Finally Concert was one in a million. Covered in a white cashmere robe, he was dressed in white with a silver face mask; the crowd went into frenzy.

As happiness exuded from him, an emotional Jizzle told the crowd, “This is not my show; this show is for the Gambian music industry. All of us as artists. When one shines, we all shine. There is no competition and we must have love and support for each other. When one of us wins, we all win.” 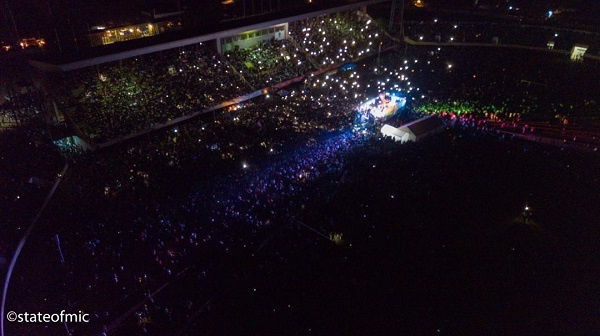 One of Jizzle’s wonders is that he sings in three major West African languages – Fula, Mandingo and Wolof – and an international language, English, making him a marketable brand, both at home and abroad. His stage presence, energy, and delivery are impeccable.

He has received the highest accolades in the Gambian music industry for his singles and videos. He also did his first European tour over the summer starting with the Selam Festival in Sweden then to other European countries. He will continue to do international shows in December and throughout 2020.