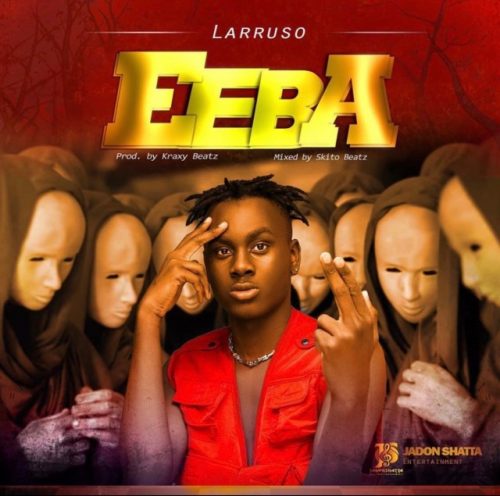 The Jadon Shatta Entertainment signed act has been consistent with producing what we classify as good music. “Eeba” as titled is multi-genre song which comprises of instrumentation from modern-dancehall genre and Afro-Pop. With scintillating wordings sang in the local Ghanaian dialect Ga and Pidgin English, Larruso was able to communicate across strongly his intention of staying relevant as an artist and sounds a fair warning to doomsayers who are progressively making attempts to shatter the young artist’s musical genre.

Larruso emerged as the most talked about artist in Ghana, his home country after dropping his debut hit single “Killy Killy” in 2019 which got him the needed attention which he later released the remix, which he featured Ghanaian Award Winning artists Stonebwoy and Kwesi Arthur.

Born and raised in Accra Newtown, Larruso records and perform the Caribbean influenced musical genre, Dancehall but with a fusion from indigenous sound and melody from Africa.

His career took off after he featured Ghanaian BET Nominee and Winner, Kwesi Arthur and Stonebwoy on the remix of his hit debut “Killy Killy”.

Young Blackboi Amg Napiboi is an experienced Public Relations Officer and Author with a demonstrated history of working in the music industry. He holds an enviable record of working directly and running PR jobs for both international and local artistes; notable among his huge repertoire of artistes worked with are Morgan Heritage (Grammy Winners), Rocky Dawuni (Grammy Nominee, 2015), Samini (MOBO Winner - 2006, MTV Awards Africa Winner - 2009) and Stonebwoy (BET Best African Act Winner - 2015). Other mainstream artistes of great repute he has worked with are EL, Eshun, Kula, (just to name a few), who have all won multiple awards under Vodafone GHANA Music Awards (VGMAs). Young Blackboi Amg Napiboi has done PR & road jobs for Sizzla, Jah Mason, Busy Signal, Kiprich, Anthony B, Demarco, Turbulence, Popcaan, Jah Vinci & Morgan Heritage who came to Ghana for concerts and other activities. Young Blackboi Amg Napiboi has done countless activations for artistes and has coordinated dozens of events both locally and internationally. He deeply understands the rudiments of the industry and has an upper hand in the reggae and dancehall fraternity (has served as an Executive Board Member of Vision Awards). His passion for the profession is enormous. Aside his PR duties, he also stands tall as one of the few bloggers who breakout first hand credible and also dig out substantial informations relating to the arts & industry. He is quite visible in the industry and very influential on social media, which to his advantage, has gunned a massive following for him on social media as well as in real life. He is a strong media and communication professional skilled in Coaching, Strategic Planning, and Event Management. He's very transparent on issues around the art industry.
Previous Twitch 4EVA – Baby
Next A-Star – Dance With The Kings Feat. Mista Silva, Kwamz & Flava 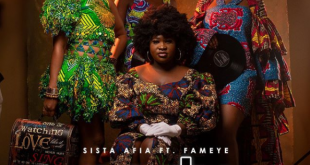