Lil Wayne Has “Somethin Special” In The Works Coming Soon 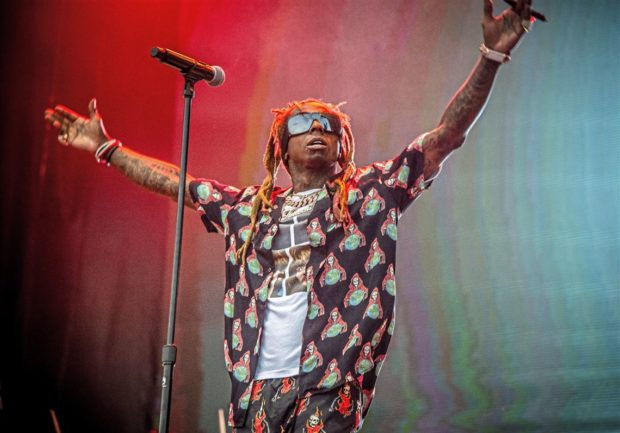 Lil Wayne teased that “somethin special” is coming “real soon,” but what could it be?

Lil Wayne has something in the works for all of us to enjoy, and whatever this mysterious project is, it’s coming soon. Like the rest of the world, Weezy is kicking it at home these days, but that doesn’t mean he isn’t still working. The rapper kept it cozy on Instagram while making an important announcement, letting all of his followers know that they should keep an eye out for something coming from him “real soon.” Wayne, or “Socially Distant Tune,” as he would prefer to be called these days, posted some photos of himself lounging on the couch on Friday night, writing, “Got somethin special komin real soon!”

He made sure to to tell us all to “stay safe and healthy out there !!” before signing off with his new moniker, leaving everyone to react to this cryptic announcement in the comments. While some tossed around their hopeful guesses—new music??—most fans couldn’t help but focus on Weezy’s questionable choice of footwear.

In the photos, Wayne is rocking some UGG boots on his feet, and he definitely made sure we could see them. In fact, it almost looks like he could be modelling the sheepskin boots, especially in the second shot. Could his surprise be a campaign with UGG? Is Weezy about to be their new brand ambassador? While he didn’t specify a date, “real soon” certainly implies that we’ll all still be in quarantine by the time this surprise is revealed. Could it be the release of Collegrove 2, the sequel to his collaborative album with 2 Chainz? Or are he and Mannie Fresh going to officially release the Alicia Keys-sampled track that the producer teased on Instagram live this week? If Wayne’s a man of his word, we’ll be finding out real soon.

Everything is impossible until you take the steps to make it possible, be positive in every step you make. Nature will definitely give you the smoothest part of life. Email us on [email protected] Whatsapp: +233540577992
@HiplifeHiphop
Previous DJ Maphorisa x Kabza De Small – Scorpion Kings, Once Upon A Time In Lockdown
Next Tekashi 6ix9ine Released From Prison