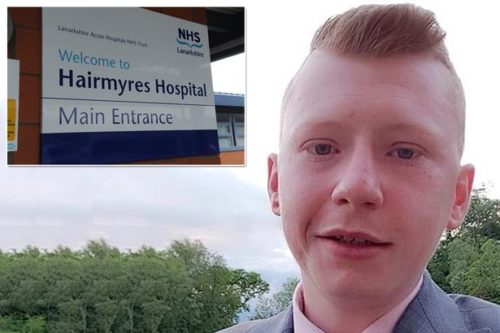 A man broke the arms of an 18-month-old baby girl because she wouldn’t stop crying.

Connor Brown, 22, had his girlfriend’s child, who cannot be named for legal reasons, on his lap when she started crying. After trying to get her to stop crying, he picked her up and forced her arms behind her back causing them to snap.

He admitted assaulting the girl after the child’s mother told how she heard a crack when the girl’s arms were forced behind her back.

The girl’s mother who witnessed the incident in the living room of her home in Blantyre, Lanarkshire, initially told medics the girl had fallen behind a television set but staff at Hairmyres Hospital in East Kilbride became suspicious.

The mother was later challenged by medical staff and police and she admitted Brown had been responsible.

An examination revealed that both of the child’s humerus bones had been fractured. The child has made a full recovery but both arms were put in plaster for a number of weeks to heal.

When Brown was questioned, he told police he was not at the house. He later changed his story and claimed he had taken a fit or a seizure and when he came around, the child was injured. 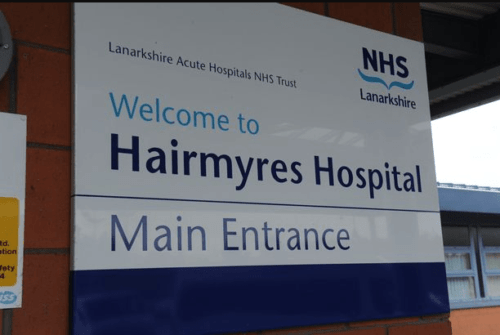 Brown, of Larkhall, Lanarkshire, later appeared at Hamilton Sheriff Court and admitted assaulting the girl to her severe injury in September 2018.

Depute fiscal Neil Thomson said: “On the morning of the day libelled, the accused along with the child’s mother and the infant child were within the address.

“From the account given by the mother it appears that the child was crying and upset and that Connor Brown had the child in his lap trying to comfort the child.

“The crying continued and this appeared to irritate Mr Brown and at some point during this the mother gives an account of him taking the child by both arms and pulling them behind the infant’s back.

“During that process she heard the sound described as a crack and the child reacted and became extremely distressed.

“He was directed to leave and the mother sought advice from her own mother and they went to Hairmyres Hospital.

A further hearing will be heard after prosecutors rejected Brown’s claims that he had caused the injuries because of his medical condition.