My Boobs Are My Selling Point – Nwaghanata 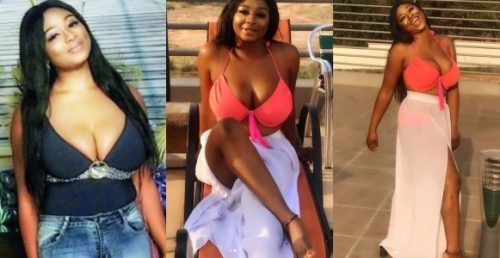 According to her, ‘my boobs get me the most attention, even when I try to cover it up. Some people tell me that they also like my eyes and legs. They say my eyes are captivating but I love my boobs more.

But I don’t intentionally flaunt them all the time. It depends on the occasion. If I am at the beach, of course I will wear beach attire. My boobs cannot be hidden, even if I try to hide them, they keep popping out of my dress.”

On how she started her acting career, Nwaghanata said: “It started when I was little, I would watch some movies and just get angry at how an actor interpreted his/her role and then I would say to myself ‘when I get older I would do better’.

Later, I joined the drama department of my church. For two years, I was made to watch, learn and observe before I finally started acting. It felt like a dream come true, and since then, I’ve been acting both on stage and screen”.