N.O.R.E. Warned Young Dolph About Rappers Getting Killed In Their Hometowns 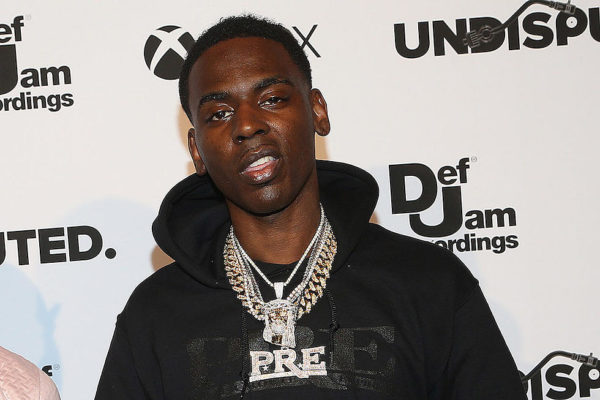 N.O.R.E. and DJ EFN’s podcast Drink Champs has been getting a ton of publicity as of late for their part 1 and 2 of their Kanye West interview. But, the show has been hosting candid interviews with rappers for years.

In Nov. 2018, Drink Champs hosted Young Dolph for an hour-and-a-half interview, where N.O.R.E. gave chilling advice to Dolph. Towards the end of the episode, at the 1 hour and 25 minute mark, he told Dolph that it is commonality among rappers to be murdered in their hometowns: “Due to the history of rappers, rappers are starting to die in their own city.”

Dolph didn’t seem concerned about this, as he has always cherished his Memphis roots: “That shit ain’t got nothing to do with me.”

N.O.R.E. rebutted just to get his message across so Dolph was mindful: “Be careful because most of the hate comes from people in the world that’s just like you so be careful. Love your city, respect it but also be aware that it’s good to be outside. It’s good to be other places, but you always check in.”

Young Dolph sadly ended up being the latest rapper to be killed in his own city this week. He was not aware of anybody that wanted to see his downfall, which may have caused him to let his guard down. The suspects of the murder were identified on Friday.

The sad trend of rappers dying in their hometowns has become too predictable.

Check out Young Dolph on Drink Champs below.

Everything is impossible until you take the steps to make it possible, be positive in every step you make. Nature will definitely give you the smoothest part of life. Email us on [email protected] Whatsapp: +233540577992
@HiplifeHiphop
Previous LeBron James Ejected After Bloodying Isaiah Stewart & Getting In Heated Confrontation
Next Fancy Gadam – One Don (Prod. By Zulu Beats)