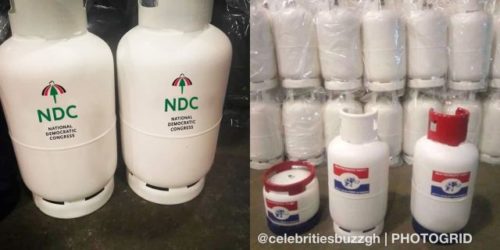 Photos have emerged on social media which captures some branded NPP and NDC gas cylinders.

Social media comments have it that both parties are set to distribute the branded gas cylinders to party members ahead of the 2020 elections.

Take a look at the photos below:

In related issues, the Electoral Commission (EC) has given assurance to Ghanaians of a peaceful and transparent general election in 2020.

Deputy Chairman of the EC in-charge of Operations, Samuel Tettey, gave the assurance at the launch of the STAR Ghana Foundation election 2020 Projects in Accra.

“The 2020 elections can only be described as credible, peaceful and inclusive when it is operationalised and implemented in a peaceful environment that facilitates the active participation of all Ghanaians to express their supreme will in the outcome of elections,” he said.

With funding from DFID and the European Union, STAR Ghana Foundation is supporting 26 civil society organisations with GH¢9million aimed at increasing their effectiveness and citizens’ action towards achieving credible, peaceful and inclusive presidential and parliamentary elections in 2020 and a smooth transition subsequently.

Mr Tettey said Ghana had conducted not less than seven successful general elections; and matters such active citizenship for credible, visible and inclusive electoral prosecution means a relevant issue with respect to the successful parading and implementation of a successful 2020 election activities.

“The EC as part of preparations towards the elections is also having some internal restructuring and strengthening of institutions, for example the establishment of the legal department to guide the activities of the Commission and create professional and well trained officers.”

He said the EC as part of its preparations towards the 2020 elections would continue to collaborate with the relevant stakeholders to facilitate and enhance the creation of an electoral environment that was free from impediments to the enjoyment of the already enjoyed rights and freedoms in support and encouragement of active citizenship.

Mr Tettey said the EC would continue to involve citizens in elections in various ways including creating awareness about the EC’s programmes, engagement with women groups, NGOs and recruitment of competent poling officials.

“Some challenges identified so far as active participation in the 2020 elections is concerned include voter apathy, disregard for human rights and the rule of law, political vigilantism and inadequate media reportage,” he said. 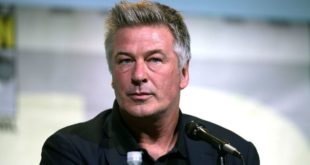