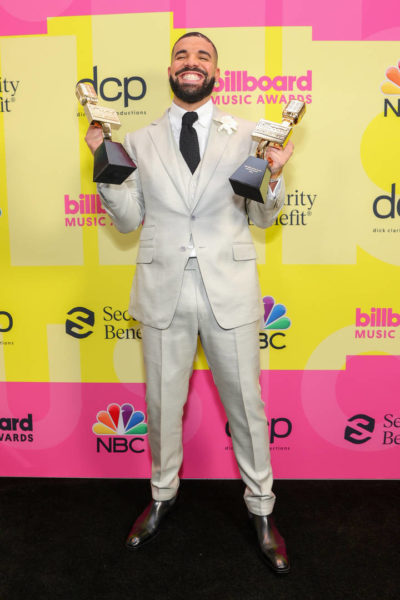 Prince Jackson pumped the breaks on all of the MJ-Drake comparisons floating around.

Drake broke a longstanding Michael Jackson record last month when nine tracks from Certified Lover Boy appeared in the top 10 of the Billboard Hot 100 chart. This beat out Jackson’s title from 1982’s Thriller, and it led to a passionate debate about whether or not Drake is as big as Jackson ever was. So far, there are conflicting opinions on this matter, which makes sense when you consider how music debates will never lead to a consensus.

Recently, TooFab caught up with Jackson’s son Prince, where they asked him what he felt about such comparisons. As you can see in the YouTube video below, Prince gave props to Drake but noted that no one would ever come close to his father’s accomplishments.

“I mean everybody has their own definition of great, and all respect to Drake everything that he does,” Prince said. “But what my father and my family accomplished, in the time that they did it, is very unlikely never to be matched again.”

The Jackson family is one of the biggest entities in music history, and there is no denying what they have done for the industry as a whole. Many young fans today had no idea just how passionate fans were in the 70s and 80s, and it’s ultimately why they will never grasp how truly massive Jackson was to so many.

Everything is impossible until you take the steps to make it possible, be positive in every step you make. Nature will definitely give you the smoothest part of life. Email us on [email protected] Whatsapp: +233540577992
@HiplifeHiphop
Previous Fredyma explains why he went missing in action for a while
Next I did not know taking nude pics with a child is a crime – Akuapem Poloo