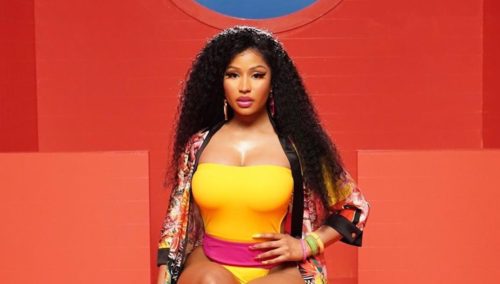 The rap queen, Nicki Minaj made her triumphant return to Instagram after her last post since Nov. 9. Her last official public appearance was in December at Billboard‘s Women in Music event, where she was honored with the inaugural Game Changer Award.

“I love music and interacting with fans, so I can’t really see taking myself completely away,” Minaj said of her future music plans in December. “But I want to be open to other possibilities in my life. I do believe it is important to become a woman outside of the magnifying glass. I have to make sure that I’m well-rounded as a human being.”

Now, her fans are excited to learn that she will be featured on Meghan Trainor’s album, and as icing on the cake, she posted new photos featuring her husband Kenneth Petty.