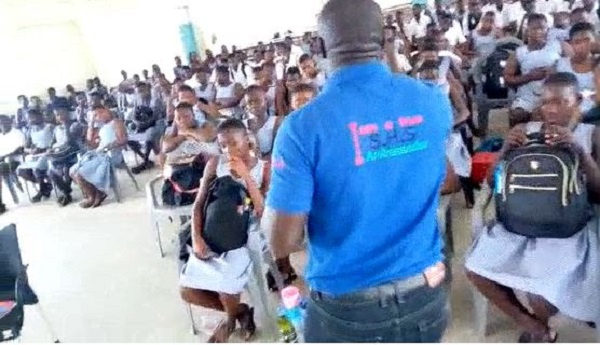 The opposition National Democratic Congress(NDC) is demanding the suspension of the Headmaster of the school in which a purported Free SHS Ambassador was seen in a video campaigning for the government.

The Ministry of Education has dissociated itself from the video which shows a gentleman speaking to students asking them to convince their parents to vote for the ruling New Patriotic Party(NPP) in the upcoming 2020 elections to make the Free SHS programme continue.

But the NDC says a statement on the position of the Ministry on the issue is not enough as it maintains that government was using improper means to campaign in Senior High Schools across the country.

“By now what I expect them to be doing is to call and find out which school he was doing the campaign and by now they should have suspended the headmaster and the teachers that were sitting there. The same way they treated the Tempane Headmaster I think there must be equality before the law. If there’s a rule that politicians are not supposed to do politics on campuses and somebody is doing it and you just issue a statement without suspending the person like you did to the Tempane Headmaster I think it is unfair,” the National Organizer of the NDC Joshua Akamba said in an interview.

He added: “I promise them that I’ll move into the campuses and do my politics there. If Dr. Bawumia did politics with teenagers in primary schools then it means that it is not an offence. Today, it is not an offence for them to take action, I was thinking that by now the said Headmaster that allowed the school to be used in that manner should be suspended as they did to the Tempane Headmaster.”