• Seb Dance has described the LGBT bill as backward

• Sam George questioned why the MEP has issues about legalizing polygamy

A UK politician Seb Dance who took on the Member of Parliament for Ningo-Prampram was unable to respond to Sam George’s question on why the European Parliament has not thought about legalizing polygamy.

Sam George took over social trends on Saturday (July 24) after hitting back at personalities who opposed his view on why parliament was bent on passing the LGBTQ+ bill which will seeks to criminalize same-sex relationships.

The former member of the European Parliament [MEP], Seb Dance, chanced upon the trending issue in Ghana and weighed in via Twitter describing the NDC lawmaker’s views against homosexuals as backward.

Seb Dance tweeted, “What an appalling way to treat your fellow human beings. I hope you come to your senses and reconsider rather than build on backward, colonial legacies that have damaged and limited the lives of so many. Where is the love?

But in a sharp rebuttal, the Ningo-Prampram MP questioned the 39-year-old former MEP over why after so many decades, issues about legalizing polygamy in Europe have fallen on deaf ears.

According to Sam George he found it baffling how the West think of themselves as wise but are struggling to accept polygamy as a norm in their society.

Sam George tweeted, “I would be glad when you and your fellow MEPs come to your senses and legalise polygamy. Can you show me the science or common sense behind your criminalisation of polygamy? You may think yourselves so wise but the joke is on you mate. The love is in the common sense.”

Seb Dance evaded Sam George’s question and rather chosing to respond that there is no science or common sense behind the LGBT bill. He noted the polygamy was not a sensible argument to talk about.

“You can reach for absurd comparators all you like, but it’s not the sensible argument you think it is. There is certainly no science or common sense behind your bill: only hatred, needless pain and the pursuit of an arcane colonial legacy,” Sab Dance responded.

In his response, Sam George alluded to how the fomer MEP was evasive in answering the question on polygamy.

“You see how quick you retreat from the question of science and logic in your criminalisation of polygamy? Shows how weak your argument is. An arcane colonial legacy is you holding on to the vestiges of colonial economic suppression of the African continent. You should be ashamed,” Sam George stated in his response.

Everything is impossible until you take the steps to make it possible, be positive in every step you make. Nature will definitely give you the smoothest part of life. Email us on [email protected] Whatsapp: +233540577992
@HiplifeHiphop
Previous Medikal – Horror (Prod. By UnkleBeatz)
Next ‘We cannot be threatened in our homes’ – Bagbin warns pro-LGBTQ+ diplomats 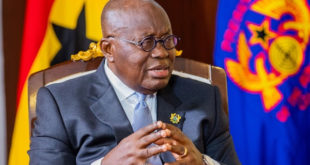 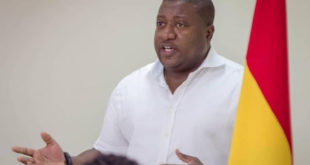 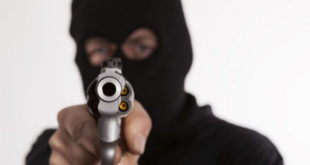