Soul To Keep by Zonke Dikana & Kwesta is the only feature off the LP, Soul To Keep was released after the viral success of Tonight which debuts back in April.

Soul To Keep By Zonke Dikana Below, Don’t forget to share.

Everything is impossible until you take the steps to make it possible, be positive in every step you make. Nature will definitely give you the smoothest part of life. Email us on [email protected] Whatsapp: +233540577992
@HiplifeHiphop
Previous ZMNY – Carbon Copy Feat. Olamide (Prod. By YoungJohn)
Next Zulu Mkhathini – Uniform Feat. DJ Tira (Official video) 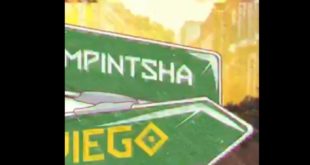