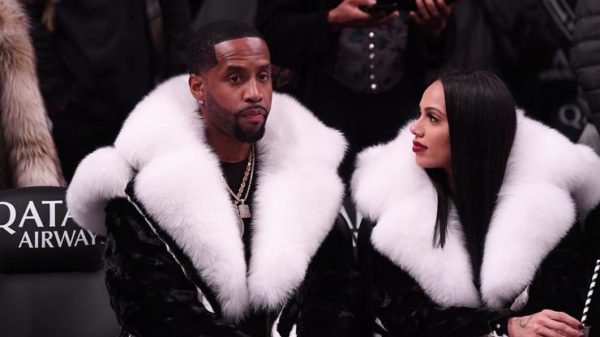 Erica Mena unloads a series of tweets in which she shuts down “false narratives” and discusses postpartum life.

Erica Mena may have been celebrating the end of her marriage with Safaree Samuels this weekend during a club appearance, but a day after her high-spirited divorce party, the Love & Hip Hop star has taken a moment to address some of the serious issues that she has been dealing with as of late.

On Tuesday, the reality tv star took to Twitter to unload a series of tweets in which she discusses the challenges that come with postpartum life and addresses toxic rumors that have been plaguing her since the start of the summer.

“This postpartum shit is HARD!” Erica Mena says in one tweet. In another, she goes into more detail into postpartum life while also hinting at her highly publicized drama with her ex-husband, writing, “I would be lying if I said I wasn’t embarrassed by everything I was and still going through. It’s sad but comforting that I’m not the only one who has experienced what I went through during and after labor.”
Also Check:   Vector Addresses Beef with M.I Abaga (Video)

Further along in her Twitter rant, the mother of three directly addresses the rumor that she attempted to block Safaree from being able to witness the birth of their son this past June. “I seem to still be getting bashed by this false narrative that I wasn’t allowing my ex husband into the delivery room,” she said. “So let’s clear this up once and for all.”

“NEVER did I say or even think to not have him in the delivery room,” Erica Menaa continued. “Maybe due to a guilty conscience or a money hungry lawyer on that end is what lead for that to even be filed in court. Never been or will be the type to keep him from them

Everything is impossible until you take the steps to make it possible, be positive in every step you make. Nature will definitely give you the smoothest part of life. Email us on [email protected] Whatsapp: +233540577992
@HiplifeHiphop
Previous Tupac Shakur BMW He Was Riding In When Shot Is Up For Auction At $1.7Mil
Next Stiny Leo – Love Is Beautiful Feat Bixop Xtill (Prod. By Nanabeatz)