Breaking News
Home / ENTERTAINMENT / “If You Want To Offer Help To Majesty And I, Social Media Is Not The Place To Do It”- Michy Tells Shatta Wale

“If You Want To Offer Help To Majesty And I, Social Media Is Not The Place To Do It”- Michy Tells Shatta Wale 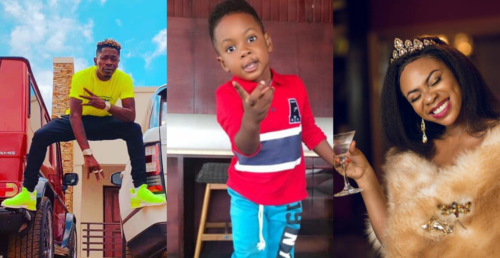 When a relationship that used to be the talk of the town breaks, the respective persons mostly find it difficult to adjust; other times, they just cannot move on due to the backlash from the public.

It is no different in the case of Shatta Wale and his baby mama Michy. It’s been about 10 months since they broke up but it looks like they both have unsettled issues.

Dumping Shatta Wale has been a blessing to me – Michy

In a latest interview Michy had on E-With Becks, Michy made some revelations. Replying to a question by the host Becks, Michy made mention that Shatta Wale knows her bank account as they both bank with the same financial institution and that if he really wants to support herself and their son, social media is not the place to brag about it.

Reading meaning into what she said, we can say Shatta Wale does not look after Majesty as a father should and that she’s taken up that sole responsibility.

One phrase Michy said which really caught out attention was,

If You Want To Offer Help, Social Media Is Not The Place; Fatherhood Is Not Done On Social Media.

We know Shatta Wale will definitely respond to this particular subject with his side of the story; stick with us for more as we bring you any development from Michy’s interview.