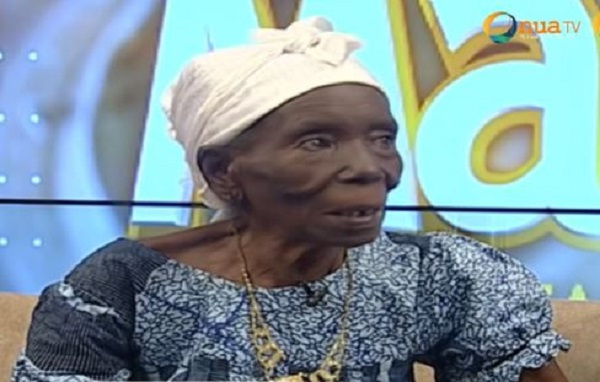 Nkrumah’s date of birth is easily on the lips of any school going child but not much is known about the stories surrounding his birth.

This gap seems to have been filled by the account of a self-acclaimed 198-year-old who prides herself as playing a key role in the birth of the man touted as a great pan-African and the greatest leader in Ghana’s history.

In her account of events that culminated in the birth of Kwame Nkrumah, the woman reveals some interesting yet not easily verifiable information about Nkrumah and his family.

In an interview on Onua FM earlier this week, the mentally agile and physically fit woman revealed that Nkrumah was birthed by his mum in her later years.

She told Captain Smart, the host of the show, that Nkrumah’s mother, Nyaniba, “had white hair” (grey hair) when she gave birth to Nkrumah.

According to her when it was communicated to her (Nkrumah’s mother) that she had taken seed, she did not believe as she was past the productive stage.

Her belief was that she was carrying some sickness which resulted in her developing some changes in her body.

She claims to have witnessed everything about Nkrumah’s birth, right from when it was confirmed by a fetish priest to when Nkrumah was finally delivered.

According to her, Nkrumah’s mother could not believe that she had conceived and entered a bet with the fetish priest.

She disclosed that her closest role in Nkrumah’s birth came as a result of complications experienced by Madam Nyaniba ahead of delivery.

She stated that at the time she was serving the fetish priest and used to go into the forest with the priest to harvest some herbal leaves for smooth delivery.

It was her duty to grind the herbs and ensure that Nkrumah’s mother had a smooth delivery.

Watch the interview with Captain Smart below

Everything is impossible until you take the steps to make it possible, be positive in every step you make. Nature will definitely give you the smoothest part of life. Email us on [email protected] Whatsapp: +233540577992
@HiplifeHiphop
Previous Shatta Wale – Getting Loud
Next You lied about abandoned projects – Lawyer to Mahama