You lied about abandoned projects – Lawyer to Mahama 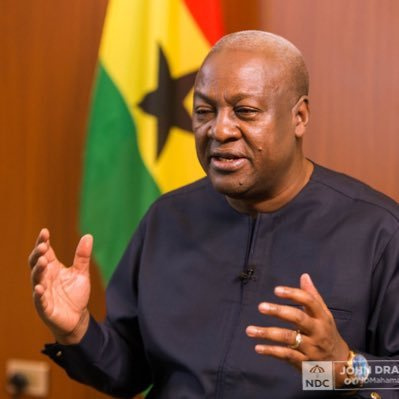 North-East Regional Secretary of the New Patriotic Party (NPP), Lawyer Sulley Sambian, has described as lies claims by the former President of Ghana John Dramani Mahama that the Nana Addo Dankwa Akufo-Addo administration has abandoned projects across the country.

John Dramani Mahama while addressing religious leaders, Chiefs, Elders as part of his tour of the Northern part of the country complained bitterly about the NPP government’s utter disregard for uncompleted projects indicating that it’s a disgrace.

He said, “I went and greeted the Nayiri and before that, the Gambagarana and Gambaga Imam and the common refrain is when is this government going to continue the projects that were left-off by the NDC administration.”

But reacting to this on Bolgatanga-based Dreamz Fm, Sulley Sambian dismissed the claims by the former President indicating that they are mere lies.

“It is not true that projects have been abandoned and he the former President knows it. I respect him and do not want to say he lied but that is what it seems to be. The Nalerigu-Bunkpurugu road he talked about was never awarded as he claims. You cannot wait after serving for four years in office, only for you to get a contractor to site barely a month to the election and say you were working on the road.”

He noted that in 2016, John Dramani Mahama could not campaign in Bunprugu Yoyoo because he could not fulfill the promise of working on their roads.

On claims that the North East capital of Nalerigu is not befitting of a regional capital because of the lack of infrastructure, the North East Secretary for the governing NPP enumerated various projects being undertaken by the current government.

“The former President knows that development is a process and not an event. He should not expect that all of a sudden everything will be put in place and to be comparing us to the Upper East and Northern regions is neither here nor there,” Mr Sambian said.

Everything is impossible until you take the steps to make it possible, be positive in every step you make. Nature will definitely give you the smoothest part of life. Email us on [email protected] Whatsapp: +233540577992
@HiplifeHiphop
Previous Meet the 198-year-old woman claiming to be the ‘secret behind’ Kwame Nkrumah’s birth
Next Agenda 111 is killing NDC – Buaben Asamoa