Breaking News
Home / ENTERTAINMENT / My past songs were motivated by lust of the flesh, worldly pleasures – Papa Shee

My past songs were motivated by lust of the flesh, worldly pleasures – Papa Shee 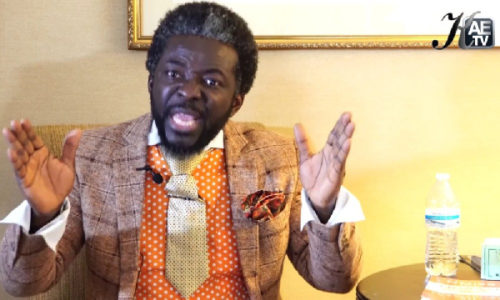 Popular veteran Highlife musician, Papa Shee originally known as Nana Yaw Akosah has revealed in an exclusive interview with Amansan Krakye on Kastle FM monitored by MyNewsGh.com that the songs he did in the past were motivated by the lust of the flesh.

“Those songs I did in the past were secular, motivated by worldly excitement and pleasure. But today, I have found a new way because God has saved me by forgiving me of all my iniquities,” he revealed.

Papa Shee who is now a born-again Christian and a staunch evangelist of the gospel said on the Kastle Drive Time show that it would be better for those who play his songs on radio to desist and repent since he has turned over a new leaf.

“God used Paul and changed his name from Saul. The one who did the songs has even repented and you are rather playing it on radio for the masses. It’s better for those who play my profane songs to also repent,” he added.

Also Check:   Sarkodie is refusing to feature me in any of his songs – Tracy Sarkcess cries out (+ screenshot)

Papa Shee who is credited as the first Ghanaian musician to put his songs on a DVD said once you become a born-again Christian, there is no need to encourage the playing of secular music since no one can serve two masters.

“God said, ‘my son, you cannot serve two masters’ so if it happens like that, you can’t love both of the masters equally. Once you become a Christian, you don’t need to encourage secular music,” Papa Shee stated.

He concluded, “What you have to know is that once you die, there is no second chance for you to repent so it’s better you do it now that you still have life.”