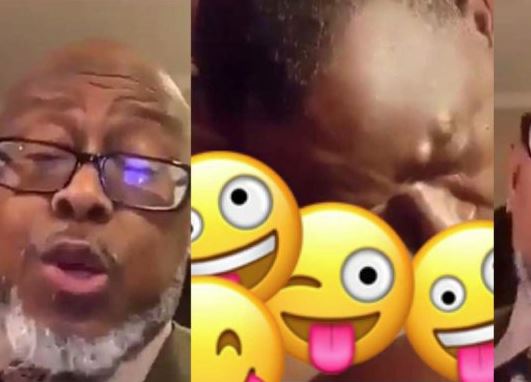 Pastor David E. Wilson, of Texarkana, Texas in the USA has finally broken his silence on his leaked atop video going viral on social media.

In a video shared by the pastor, he took a swipe at people using unprintable names for him just because a video of him licking a woman has surfaced online.

He referred to himself as a real man who has unquenching love for beautiful black women and he won’t apologize for that.

He went on to insult his critics and people who have been attacking him since the video leaked online.

WATCH THE VIDEO BELOW

A few days ago, a video of Pastor Wilson licking the vayjay of an alleged female church member leaked online.

Pastor Wilson was soo immense in the licking as if his very life depended on it. He has been trolled by millions since the video surfaced online.