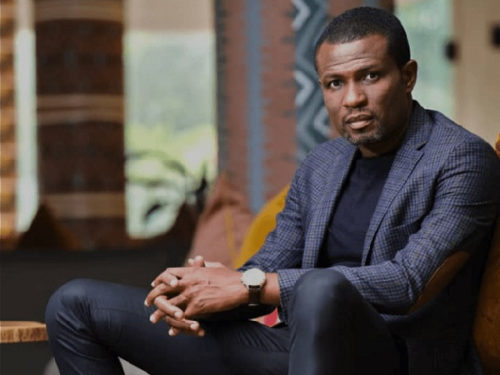 Astute music producer Mark Okraku Mantey has welcomed a campaign by some industry persons to get him nominated for the Deputy Minister of Tourism, Arts and Culture position as President Nana Addo Dankwa Akufo-Addo readies to announce a nominee before long.

In the last couple of weeks, various social media platforms have been inundated with posts from certain personalities who belong to the arts and entertainment sector, touting the impeccable achievements of the Slip Music boss who served as the President of the Creative Arts Council during President Akufo-Addo’s first term, GhanaWeb has taken notice.

They have made a strong case that Mr. Okraku Mantey’s track record, including the passage of the Creative Arts Bill into law, is enough justification that he would excel and move the industry to an appreciable pedestal should he be appointed Deputy Minister for Tourism, Arts and Culture.

Making a submission on Hitz FM’s Daybreak Hitz, Monday, January 25, 2021, Okraku Mantey, 47, expressed that he was amazed by the level of support and the quest for him to assume the position.

“I’m surprised because I had the perception that this industry does not like their own,” he said while mentioning that even Sadiq Abdullai and Rex Omar who were spokespersons for the opposition National Democratic Congress on Creative Arts during the 2020 elections are in support of the campaign.

“They all support me. You’ve seen how people have supported me, showed me love… This industry is gradually becoming one.”

Okraku Mantey, Programs Manager of Hitz FM, however, remarked that he had also taken notice of some persons in the industry, including NDC’s Ola Michael, who posit he is not the right person for that portfolio. Regardless, he is unperturbed because it is their choice and right to oppose a suggestion.

“As you enter the leadership space, you should train yourself that a lot of people will disagree with you. For me, when I saw the shot of Ola, I said it’s all good. Ola is one person we did things with at the council. If he says the council didn’t do anything, I wonder if the bill was not passed,” he commented while stating he will not be disappointed if he is ‘swerved’.

“I hear the president is looking for somebody who will take the creative part of the ministry and that’s why people are pushing for me.”

Meanwhile, Dr. Ibrahim Mohammed Awal has been nominated by President Akufo-Addo as Minister for Tourism, Arts and Culture.

The former CEO of Graphic Communications Group has been moved from the Business Development Ministry which he had been heading since its creation in 2017 to the Tourism, Arts and Culture Ministry subject to approval by Parliament.