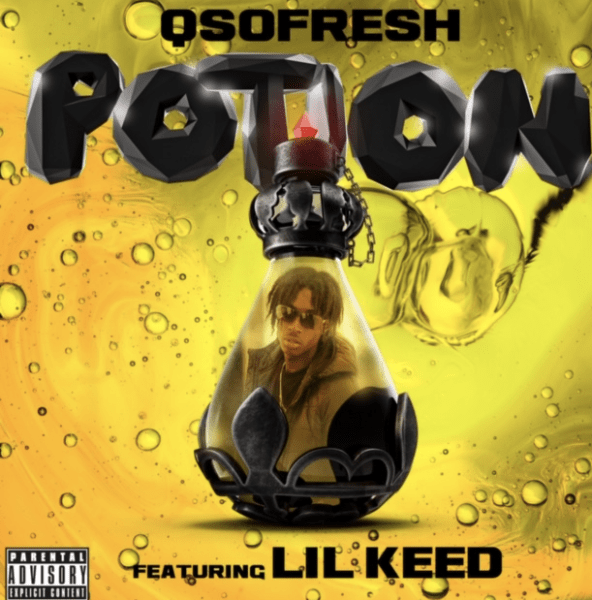 Qsofresh is a serious and intuitive artist who combines minimalist with the grittiness of Trap for a sound that cuts to the core of fans emotions.  The 19-year-old Canadian Hip Hop artist writes from his own experiences keeping in mind the temperature on the streets, uniquely aware of who his fans are and what they want.  Deep respect for those who have come before him keeps the multi-talented artist focused on the journey ahead.  “POTION” gives you a glimpse into that journey.

Qsofresh is signed by Blimp City Records, a U.S. based record label led by international Hip Hop artist and music executive, Marlon Grimes.  Grimes is a hit making artist who goes by the name, Maddi Madd.  Maddi Madd (Grimes) is known for his midas touch when it comes to collaborations with other artists, earning him a certified Platinum Award from the RIAA for two multi-platinum releases.  Maddi Madd has worked with artists such as Rah Digga, C-Bo, Jodeci, Ginuwine, Flo Rida & Jamie Foxx.  An artist himself, puts Grimes in a position to take Blimp City Records in a direction that’s right for the individual needs of its artists.  Marlon Grimes is a visionary who knows where his artists need to be and how to get them there.

Also Check:   ‘A Good D!ck Gets An Erection Without Any Help From A Woman’- Juliet Ibrahim

Everything is impossible until you take the steps to make it possible, be positive in every step you make. Nature will definitely give you the smoothest part of life. Email us on [email protected] Whatsapp: +233540577992
@HiplifeHiphop
Previous PDot O – Top Of The Hill Feat. Mr. Brown & CK The Dj
Next J.Derobie – My People (Prod. By Beatz Fada)