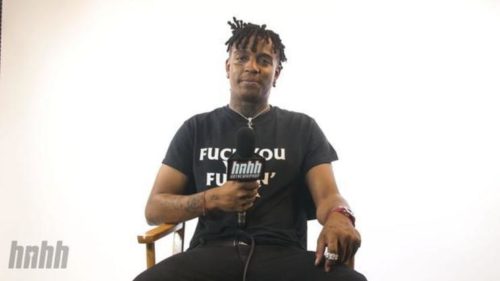 Ski Mask The Slump God reveals he has a new EP on the way.

It looks like fans of Ski Mask TheSlump God can look forward to some new music soon. The Florida rapper took to his Twitter Sunday morning to announce that he’s planning on a releasing a new EP this month or next. Although Ski Mask said it’ll only be a 5-song EP, he did say that it’ll hold us over while he finishes up his next album.

“How’s A 5 Song Ep For December Or January Sound,” he tweeted to his followers early Sunday morning. “While The Album Gets Finished Up And Dropped Soon After,” he added confirming new album is coming shortly after.

He then went on to tweet “Ghetto Christmas Carols,” but it’s unclear if that’s the title or theme, or just him messing around, but either way we’re here for some new music from the Slump God.

Slump God recently dropped off a new song called “Carbonated Water,” which could be the first taste of his upcoming EP. Listen to that song right here if you missed it. We’ll continue to keep you posted on new music from the Slump God moving forward. Stay tuned.