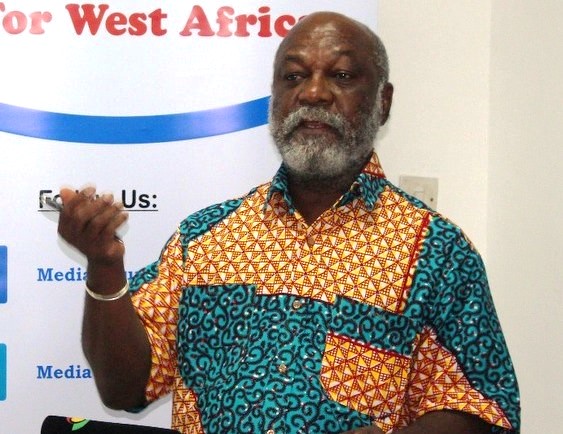 Communications educator and media activist Prof. Kwame Karikari has urged the state-owned media to be more assertive and question authority and government policies in order to uphold professional standards in journalism practice.

Prof. Karikari, a former Director-General of the Ghana Broadcasting Corporation (GBC), said state-owned media such as GBC must exercise their constitutional mandate to create more space for divergent and critical opinions on matters of public interest.

Speaking at the third edition of the MTN 25th Anniversary Bright Conversations series hosted in Accra, he stated: “What we might demand from them is to look at the constitution and what responsibility it gives state-owned media. For instance, the constitution says they should exact accountability from government [and] public officials.

I don’t see the public media doing much of that, questioning authority [and] policies.”

He added: “In the constitution, they must open up to dissenting views. Editorially, they could occasionally raise such dissenting views for the public. Those are the challenges that I think could help the professionalism of the public media become complete.”

Also Check:   Fantana forgets her lyrics and goes off key whilst performing live on stage

He commended the state-owned media for maintaining a high level of professionalism and championing accurate reportage without prejudice.

The former Executive Director of the Media Foundation for West Africa also encouraged journalism training institutions to consider the introduction of courses in local languages to promote professionalism in non-English radio stations.

He said though professionalism was quite high in the media landscape, the wrong use of local languages by radio stations was a great concern.

The MTN Bright Conversations series is a novel initiative by MTN Ghana as part of activities marking the company’s 25th anniversary celebrations.

The aim is to celebrate distinguished persons whose ideas, thoughts and reflections have helped to shape the Ghanaian society.

Prof. Karikari spoke on the topic “Promoting Professionalism in the Era of Social Media and Citizen Journalism

Everything is impossible until you take the steps to make it possible, be positive in every step you make. Nature will definitely give you the smoothest part of life. Email us on [email protected] Whatsapp: +233540577992
@HiplifeHiphop
Previous It’s good to have an ego, it’s part of the culture – Strongman
Next Meet Henry ‘Crossy’ Boakye, the hardworking artiste manager behind Yaw Tog