Stop fighting for equality, men and women can never be equal – Efia Odo to Feminists 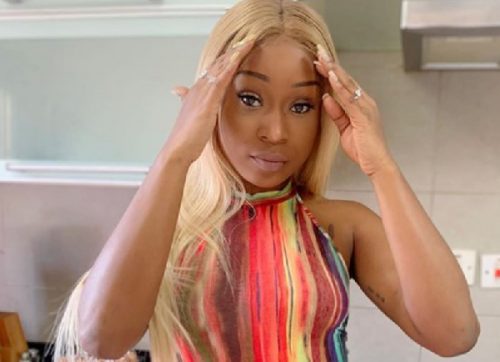 In a post sighted by Zionfelix.net, the opinionated actress said men and women can never be equal.

She stated that what is necessary is for men and women to respect each other.

Efia also cited an example of some things that both genders cannot do.

“Man and woman can never be equal so stop looking for equality. All that’s needed is for every gender to respect each other for their differences. Men can’t give birth and women can’t produce sperm (naturally). So no, we can’t be equal but we can give each other equal respect,” she posted on Twitter.

Her comment comes at a time that some women are trying very hard to advocate of women’s rights on the basis of equality of the sexes.

Obviously, her comment won’t be in good taste for most feminists in the country and other parts of the world.

Young Blackboi Amg Napiboi is an experienced Public Relations Officer and Author with a demonstrated history of working in the music industry. Notable among his huge repertoire of artistes worked with are Morgan Heritage (Grammy Winners), Rocky Dawuni (Grammy Nominee, 2015), Samini (MOBO Winner - 2006, MTV Awards Africa Winner - 2009) and Stonebwoy (BET Best African Act Winner - 2015). Other mainstream artistes of great repute he has worked with are EL, Eshun, Kula, (just to name a few), who have all won multiple awards under Vodafone GHANA Music Awards (VGMAs).
Previous Tinny denies testing positive for coronavirus
Next Leave my social media account and hack C. Ronaldo and others – ‘Too Much’ cries