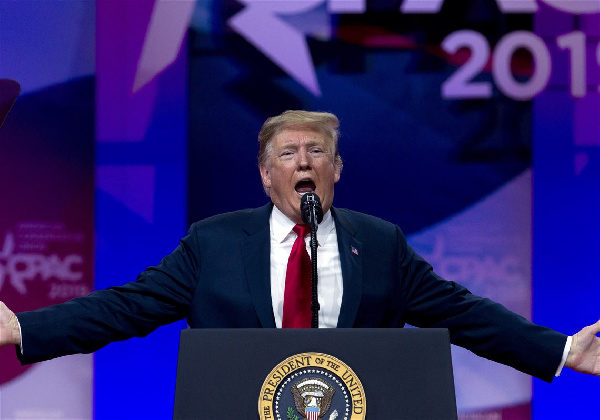 Trump is ready to get the economy back up and running, so he’s determined to end the COVID-19 quarantine by Easter Sunday, April 12.

As the quarantine continues, Americans may have an end in sight. President Donald Trump wants the quarantine lockdown on the United States to be lifted by Easter, and he chatted with Fox News and stated that if citizens aren’t out and about soon, there will be “suicides by the thousands.” He added, “We have to put the country to work. You are going to lose a number of people to the flu, but you are going to lose more people by putting the country in a massive recession or depression.”

“You are going to lose people. You are going to have suicides by the thousands,” he continued. “You can’t just come in and say, ‘Let’s close up the United States of America.'” It’s Trump’s goal to get the economy back up and running instead of having people quarantined in their homes. “There are people, they wanna save their business. They don’t want to be locked up in some room or some apartment or house and in the meantime, their restaurant’s closed, their business is closed,” he said. “They wanna be saving their business. I believe very strongly, you’re gonna lose far more people by going that way than you are if we kept this thing going.”

Also Check:   I am worried about our level of sanitation as Ghanaians – Nakeeyat

Easter is about three weeks away, and while April 12 is the target, Trump added that people will still have to exercise precautions like avoiding physical contact and continuously washing their hands. “People get tremendous anxiety and depression, and you have suicides over things like this when you have terrible economies. You have death. Probably and — I mean, definitely — would be in far greater numbers than the numbers that we’re talking about with regard to the virus.” Check out clips of Trump answering questions about the pandemic below

President Trump to Dr. Oz: “That we will lose far more people to suicide/depression with the direction we’re going with the economy than if we were to open the economy back up.”

I had the opportunity to ask @realdonaldtrump about his #covid19 discharge plan for “patient America.” Here’s what he had to say. pic.twitter.com/qOVsS5qJdk

Everything is impossible until you take the steps to make it possible, be positive in every step you make. Nature will definitely give you the smoothest part of life. Email us on [email protected] Whatsapp: +233540577992
@HiplifeHiphop
Previous 50 Cent Praises Pop Smoke & Shares Why He “Fell In Love With The N*gga”
Next Trav – You Choose Feat. Tory Lanez