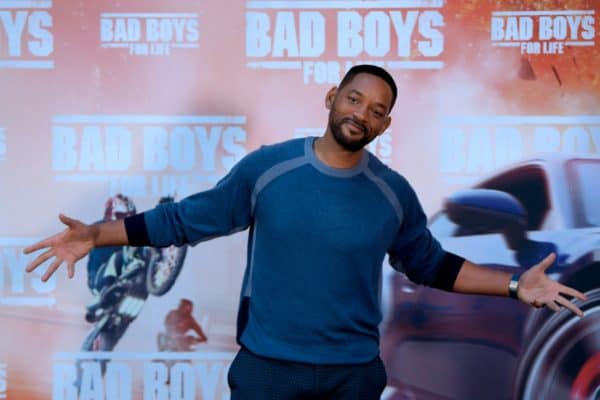 While on tour for his new eponymous memoir, Will Smith spoke with Idris Elba on a recent tour stop to discuss the book and some of its more exciting contents.

One such story stemmed from Will’s issues with the IRS that resulted in a $2 million tax bill. “I’m not sure what the government is like with taxes in the U.K., but in the U.S., they take it seriously,” he said. “So Uncle Sam wanted his money. I didn’t forget—I just didn’t pay.”

In an effort to settle the debt, Smith claims he had to “to sell everything, and I knew whatever my new life was going to be, I could feel it was going to be in Los Angeles.” He added, “So, I borrowed $10,000 from a friend of mine who was a purveyor of neighborhood pharmaceuticals.”

“I borrowed $10,000, and I moved to Los Angeles, and one time we were doing shows, and I was trying to drum up some cash, so we were in Detroit, and we were doing a show. I had met a guy named Benny Medina. You remember Arsenio Hall? I started to go there because everybody was on Arsenio Hall.”

Everything is impossible until you take the steps to make it possible, be positive in every step you make. Nature will definitely give you the smoothest part of life. Email us on [email protected] Whatsapp: +233540577992
@HiplifeHiphop
Previous P-Square Perform Together For The First Time Since Their Break Up; Fans React [WATCH]
Next Young Thug Says Atlanta Is The #1 City In Hip Hop