Breaking News
Home / ENTERTAINMENT / P-Square Perform Together For The First Time Since Their Break Up; Fans React [WATCH]

P-Square Perform Together For The First Time Since Their Break Up; Fans React [WATCH] 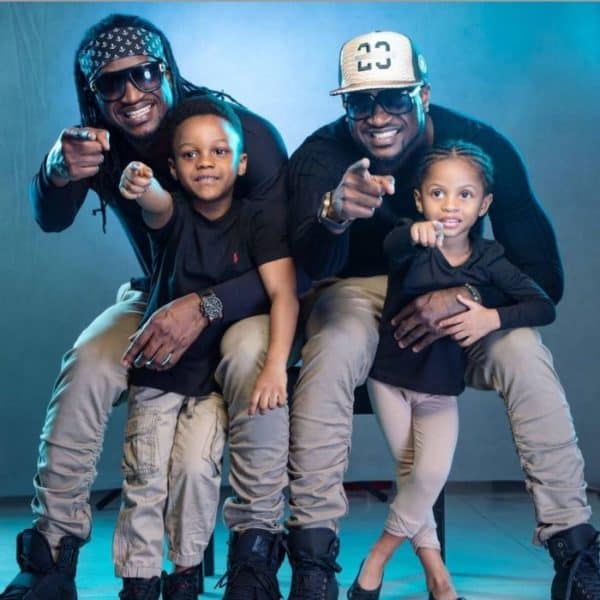 Embattled twin brothers, known in the music circle as P-Square, have put their rivalry aside to celebrate their birthday for the first time in five years.
Paul and Peter gave their fans the long-awaited reconciliation to make their 40th birthday celebration a peaceful one.

This is coming hours after the duo settled their long-time beef and hugged passionately in a viral video that fans have gushed over.

The brother took to their individual Instagram pages to celebrate one another as they once again share a photo of themselves together.

“Two heads are better than one”, wrote Paul, who now records under the brand name Rudeboy.

Videos in circulation on social media captured them making merry, in the company of their elder brother and some friends.

Nigerians have celebrated the twins for settling their difference.

The brothers held a party to celebrate their re-union and birthday.

At the party they were seen performing one of their hit songs tilted ‘No Easy’ together amid cheers and shouts from the friends, fans and family around them.

The video of P-Square performing on stage together after their ‘beef’ has garnered a lot reactions from social media users.

break first perform since square their together 2021-11-22
DavidBa

Everything is impossible until you take the steps to make it possible, be positive in every step you make. Nature will definitely give you the smoothest part of life. Email us on [email protected] Whatsapp: +233540577992
@HiplifeHiphop
Previous Man Shot Dead at House where Getaway Car Found in Young Dolph’s Murder
Next Will Smith Says He Borrowed $10K from Drug Dealer Friend to Pay Tax Debt