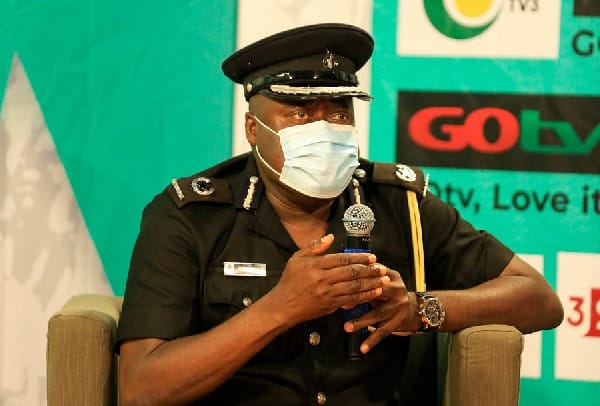 • The police have an update on the Abesim murder case

• Families of the victims are currently receiving psychological support

The Ghana Police Service has discovered a spot where the suspect in the Abesim murder case buried the intestines of his victims.

A statement to update the public from the police said that they had discovered where Richard Appiah buried parts of the bodies of his victims.

“The Criminal Investigation Department (CID) Headquarters team investigating the Abesim murder case has yesterday, Tuesday, August 24, 2021, discovered a place where suspect Richard Appiah buried the intestines of one of the murder victims,” the statement read in part.

The statement, signed by ACP Kwesi Ofori, the acting Director-General, Public Affairs, explained further how they had found a sharp cutlass used in the murder, as well as where the body parts were buried.

“The intestines were buried in a cocoa farm at Abesim, which the police have since exhumed for pathological analysis and forensic examination in Accra. The investigation team has also worked around a septic tank and other places of concern for further examinations. Two sharp cutlasses with bloodstains used by the suspect to commit the crime were retrieved from the case,” it continued.

Also, the police say that they are providing psychological support to the families of the affected even as they assure all that the case would be investigated thoroughly.

Over the past weekend, news broke on how the architect had been arrested after dead bodies were discovered in his room at Alaska, in the Sunyani Municipality of the Bono region.

Initial reports said a teenager, related to the suspect, had gone missing following which a report was lodged with the police and a search was triggered.

It turned out that the missing person was last spotted with 28-year-old Richard Appiah, who was contacted by the police and the search party.

To deflect attention, Appiah also joined in the search and gave leads on possible places to find the missing boy.

At a point, it was suggested that the search party proceeds to his house following which the discovery of the bodies of the missing boy was made.

Further checks revealed the body of another teenager and a yet-to-be-identified adult and chopped body parts stocked in his fridge, police reports said.

Since then, the IGP, Dr. George Akuffo Dampare, has visited the community and promised that they will bring finality to this investigation and get the perpetrators dealt with according to the law.

Everything is impossible until you take the steps to make it possible, be positive in every step you make. Nature will definitely give you the smoothest part of life. Email us on [email protected] Whatsapp: +233540577992
@HiplifeHiphop
Previous ‘I would still have made it without the support of Ghanaians’ – Sarkodie
Next ‘Repented’ Akuapem Poloo back again with twerking moves