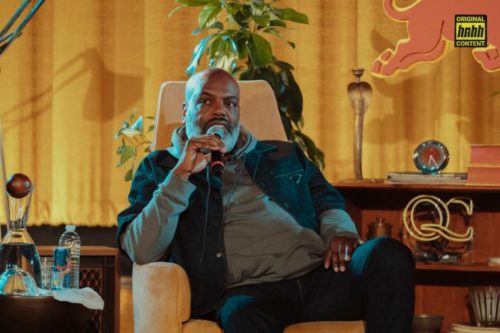 From having to retrieve the recording files for Migos “YRN” to having to pay DJ Drama to host Young Jeezy’s “Streets Iz Watching,” Coach K opened up at Red Bull Music Festival.

When someone like Kevin “Coach K” Lee speaks, you should listen and soak in what he says. Responsible for the careers of Jeezy, Gucci Mane, Migos, and Lil Baby, Coach K’s been in the game for over two decades, helping transform the sound of Atlanta’s hip-hop scene and carrying trap across the world. His expertise in the industry has proven successful time and time again.

The good folks at Red Bull Music hosted Coach K for an insightful conversation for their Atlanta festival where he touched on his illustrious career. With Christina Lee serving as the moderator, Coach K sat down for nearly two hours dropping gems on the ins-and-outs of the music industry and his approach to developing young talent. The hundreds of people that piled into The Plaza were able to hear stories ranging from Coach K’s early beginnings to the future of Quality Control Music. From taking it to the street to corporate offices, Coach K has maneuvered through the industry while keeping the authenticity of his artist in mind. 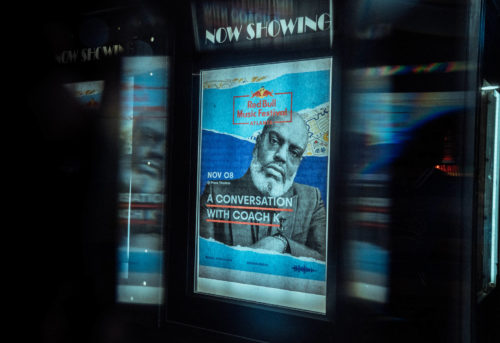 His experiences over the past two decades prepared him for this very moment that Quality Control Music is seeing now. That shouldn’t be surprising. He’s a man with a background in sports and strategizes each move as a coach would. Lee touched on topics ranging from JT’s recent incarceration, revealing that Gucci Mane’s time in prison taught him exactly how to make sure the City Girls member remained in the limelight, to his battle of trying to get Jeezy on the radio. Anyone who was in attendance was fortunate enough to catch a few gems that Coach K dropped. For those who weren’t, we’ve summed up a few of the major revelations.

Getting shot in senior year is what launched his music career

Although music has always played a part in his life, sports was Coach K’s first true passion. It’s what served as his outlet during his adolescence growing up in Indianapolis. A scholarship to play college basketball took him to Raleigh, North Carolina but his hoop dreams were put to a halt after an unfortunate incident in his senior year. He got shot and was in the hospital for five months as he recovered.

He eventually moved back to Indianapolis. His friends were already deep into music with a few of them being rappers, producers and DJs. Along with another associate who was studying to become an attorney, Coach K made his official foray into the music industry with his first record label, Universal Stars in 1994. Although it didn’t last long, Coach K’s position as the label’s A&R officially marked his transition from athlete to record exec. 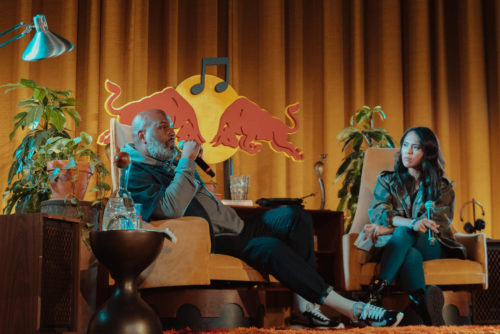 Jeezy wasn’t Jeezy when he stepped into the rap game. He was a known hustler in the streets that went by the name Lil J. Jeezy, in fact, might not have ever been a rapper if it wasn’t for Coach K. He aspired to become a Master P-type executive with numerous rappers under his belt but it was Coach that pushed him to begin rapping himself. During one particular session, the artist known as Lil J rapped, “Jeezy Jee” on a record. A lightbulb went off in Coach K’s head and from there, along with inspiration from Jay-Z ‘s “Young Hov” adlib, Lil J changed his name to Young Jeezy.

As for Coach K, he was very meticulous with his artists in the studio, which seemingly got under Jeezy’s skin at some point. Coach K recalled Jeezy sarcastically saying “Alright, Coach” as he stepped in the booth but despite the ill intention, there was a ring to it. “He named me that, so I was just like, ‘From here on out, when we out, don’t call me K no more. Matter of fact, call me Coach.’ I said, ‘Better than that, call me Coach K.’” Along with the success rate of Dukes’ head coach, Kevin Lee took on the name Coach K.

Quality Control defined the sound of hip-hop and pop music in this decade, so what do they have planned for the 2020s? Along with the aim to sign artists from every pocket of the world, Coach K revealed that QC is ready to “turn up shit up” in Atlanta. They just bought a large facility where they’ll house divisions for television, film, sports management, along with their music facility. Not only will this be an infrastructure dedicated to the arts in Atlanta, but it’ll also create hundreds of jobs within the city.

Migos’ YRN’s cuts “Bando” and “FEMA” took over the trap but it was “Versace” that took them to a global platform. Despite how big YRN was, the sound quality of the entire tape wasn’t great. It added authenticity to the feel of the project but that wasn’t an entirely intentional stylistic choice. The project was already finished by the time they inked a deal with QC but Coach K revealed that with the exception of three songs, every other song was made with two-track mixes. Right before the album was supposed to be sent out for mixing, the computer, belonging to Quavo, with all of the song files crashed.

Coach K pressed every computer wiz in the city to try and get those files out. “Quavo’s computer crashed. I had sent that computer to every computer genius wiz in the city. I probably spent so much money trying to get the files out the computer,” he revealed. “Three songs off that tape had real mixes on it. All the rest of the songs were two-track mixes.” The mixtape defined the shift in trap music but if it weren’t for Coach K’s efforts, it may have not had the same type of impact. 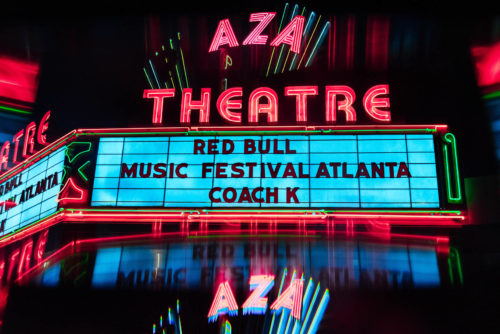 DJ Drama and Coach K were once neighbors in Atlanta’s Old Ward neighborhood. With Jeezy still trying to gain his confidence as a rapper and DJ Drama running the mixtape circuit, Coach K would pay visits to his neighbor and play some new tunes. Coach K admitted that DJ Drama wasn’t actually sold on Jeezy’s music at first but after some pushing, and a little bit of bread, Drama apparently caved. Coach K revealed that he paid $5000 to DJ Drama to produce Streets Iz Watching which, looking back, was a $5000 well-spent.

Trap’s transition into EDM was all part of the plan

Trap was introduced to the world in the 2000s but its transition from hip-hop to EDM wasn’t expected. The EDM version took elements from the production, such as the 808s and the rolling hi-hats, and meshed it with notable components of EDM such as the drops and breakdowns. It wasn’t like those elements were necessarily stolen, but rather, borrowed. This wasn’t an accident. Coach K, who grew up on house music, was already ahead of the curb.

Friendships with many of the EDM DJs in Atlanta and his connection to Diplo planted the seed for the worlds of trap and electronic music to collide. Coach K would give DJs exclusive records to drop that couldn’t be heard anywhere else. He was also good friends with HXV who released his first project under Diplo’s Mad Decent. Coach K said that he’d give HXV acapellas of Gucci Mane’s songs and from there, he would put EDM beats underneath. Diplo ultimately heard it and began getting exclusive records from Coach K. From there, trap officially made its imprint in the world of EDM.