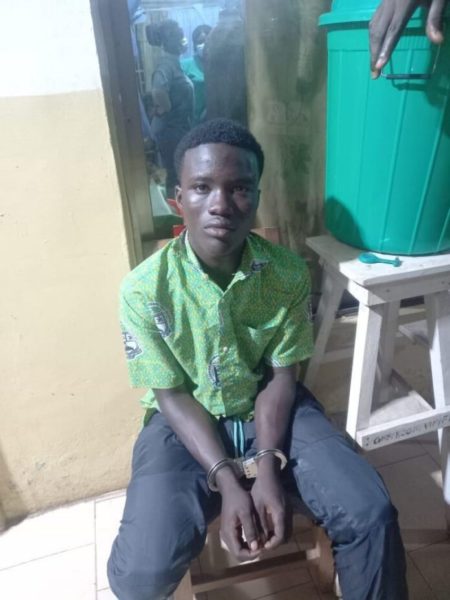 The Konongo Police have picked up five students of the Konongo-Odumase Senior High School to assist in investigations over the murder of a first-year student of the school Friday night.

Emmanuel Osei Frimpong, a second-year student, is alleged to have stabbed the deceased, Larhan Sam-una who attempted to stop Frimpong from bullying another student with a kitchen knife.

Sam-una who bled profusely died shortly after he was rushed to the Konongo-Odumase Government Hospital.

Deputy Superintendent of Police (DSP) Adu Agyemang Duah, the Asante-Akim Central Municipal Police Commander who briefed the Ghana News Agency, said Assistant Headmaster of the school, David Kwabena Asare, assisted by the Police arrested Frimpong and one other on Friday at about 2150 hours.

He said the Police proceeded to the hospital, where doctors had declared the deceased dead and conveyed the body to the Steward Mortuary for preservation and autopsy.

Also Check:   Nipsey Hussle’s Sister Will Retain Custody Of His Daughter, Ex Is “Pissed Off”

He said three other suspects mentioned as accomplices were also picked and are currently in police custody.

“Police investigations disclosed that the students closed from prep at about 2030 hours and went back to their various dormitories.

“These five suspects who are all in form two ganged up and decided to go to house three to bully the first-year students and they first attacked one Kwame Manu,” he continued.

The Commander said they then turned their attention on one Prince Amoako and attempted to drag him away to molest him, but other first-year students rescued him from the suspects.

This action, according to the Police, infuriated Frimpong who attempted to slap one of them but the deceased stopped him.

He then pulled a small kitchen knife that he had concealed on him and stabbed the deceased at the lower left ribs, leading to his death.

Everything is impossible until you take the steps to make it possible, be positive in every step you make. Nature will definitely give you the smoothest part of life. Email us on [email protected] Whatsapp: +233540577992
@HiplifeHiphop
Previous Will Smith Says His “Heart Shattered” When 15-Year-Old Jaden Asked To Be Emancipated
Next Ed Sheeran Takes Top Spot From Drake On Billboard 200 With “=”