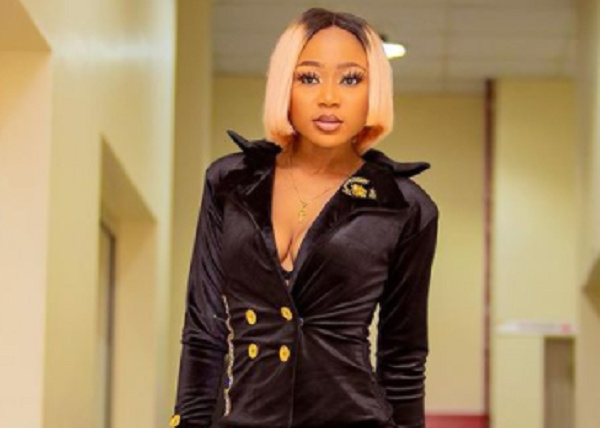 Months after her incarceration, Akuapem Poloo speaks up for the first time about the circumstances leading to her arrest.

In an interview with Captain Smart on Onua TV, Akuapem Poloo revealed that she was ignorant about the law concerning her actions involving a minor. Although the said minor happened to be her son, the actress was arraigned before the court on charges of child abuse and indecent exposure.

Speaking on Onua TV, Akuapem Poloo admitted her wrongdoing but maintained that her actions were very innocent towards her child.

“I didn’t know who was behind the crusade for my arrest because taking a picture with my son, everybody knows I didn’t know it was illegal. Because when we were children, we bathed with our mothers. I saw my mother’s nakedness.”

According to the actress, she believed that someone orchestrated the whole ‘picture’ brouhaha just to get her arrested.

“I had also never heard of anyone being arrested for what I did. So I did not know it was a crime. How things were going, I did not understand it. Who was behind it? What is going on? If I knew the person, I would have gone to plead for mercy. From the time we started the court proceedings, I wasn’t myself.”

Rosemond Brown, aka Akuapem Poloo, stood trial at an Accra Circut court presided over by Her Honor Christina Cann. She was charged with the publication of obscene material and two counts of engaging in domestic violence.

Everything is impossible until you take the steps to make it possible, be positive in every step you make. Nature will definitely give you the smoothest part of life. Email us on [email protected] Whatsapp: +233540577992
@HiplifeHiphop
Previous Prince Jackson Dismisses Drake & Michael Jackson Comparisons
Next I’ll collaborate with young artists rather than sign them – Sarkodie explains why