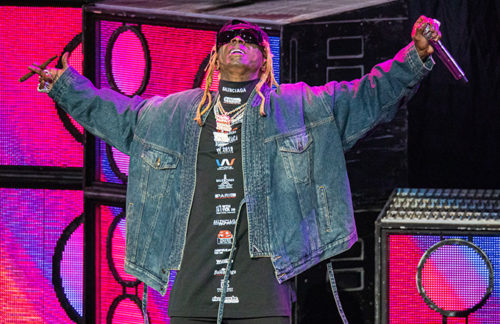 From rum to marijuana.

As nationwide legalization inches closer and closer toward a reality, many in the United States have already mobilized to capitalize off the thriving Cannabis industry. Given that many rappers have adopted weed into their daily, sometimes even hourly lifestyle, it’s no wonder many of the game’s A-List stoners have turned to the Big Weed business. Most recently to do so is Lil Wayne, following the footsteps of his Young Money once-protege Drake and taking the plunge with his own official strain.

Enter GKUA Ultra Premium, unveiled today by way of an official press release. Apparently, the strain will feature the “highest natural levels of THC available,” with every product being officially tasted and tested by Weezy himself. The first of which is deemed the limited-edition “Hollygrove flower strain,” which is set to hit stores in the near future. “I used to just want to get high, now I smoke to get inspired,” says Lil Wayne, via press release. “With GKUA, I’m sharing a feeling that I love.

From the sound of it, GKUA is meant to encompass a culture beyond that of smoking weed, with Lil Wayne serving as the face of a greater lifestyle movement. One in which high potency marijuana plays a pivotal role. Between Bumbu Rum and GKUA, Lil Wayne appears to have you covered for a premium night of indulgence. Are you interested in trying some marijuana approved by Weezy F. Baby himself? If so, check out the official website right here.