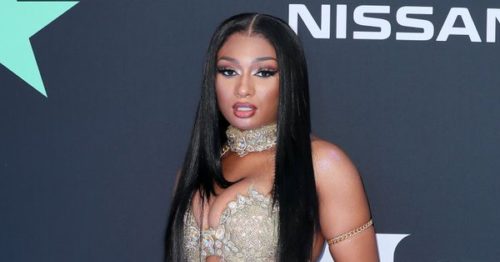 Katori Hall went a little too hard while dancing to Megan Thee Stallion.
Everybody had a Hot Girl Summer. We’re easing ourselves into the next chapter of this year — either Hot Nerd Fall or F*ckboy Fall, depending on which you’re aligned with — but some people are still trying to get their summer goals on point. The weather is cooling down and it’s getting damn-near impossible to rock a pair of shorts without freezing your ass off but some people are just trying to hang onto the sun for a few extra weeks. Katori Hall, the playwright behind Tina, a musical about Tina Turner on Broadway, believed she could still get down to some Hot Girl Meg without consequences. She was unfortunately mistaken and will have to live in pain for the next little while because of her decision. 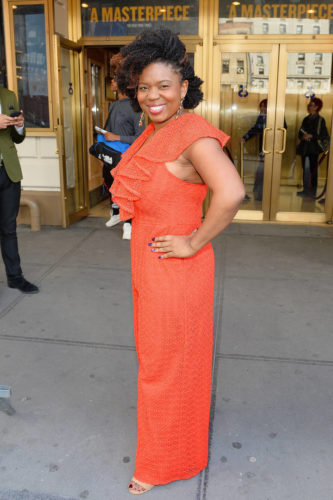 After her revelation, we’re left with a few questions. Which song caused her to go so ham that she tore her ACL? Also, what is Megan going to have to say about this?

Young Blackboi Amg Napiboi is an experienced Public Relations Officer and Author with a demonstrated history of working in the music industry. He holds an enviable record of working directly and running PR jobs for both international and local artistes; notable among his huge repertoire of artistes worked with are Morgan Heritage (Grammy Winners), Rocky Dawuni (Grammy Nominee, 2015), Samini (MOBO Winner - 2006, MTV Awards Africa Winner - 2009) and Stonebwoy (BET Best African Act Winner - 2015). Other mainstream artistes of great repute he has worked with are EL, Eshun, Kula, (just to name a few), who have all won multiple awards under Vodafone GHANA Music Awards (VGMAs). Young Blackboi Amg Napiboi has done PR & road jobs for Sizzla, Jah Mason, Busy Signal, Kiprich, Anthony B, Demarco, Turbulence, Popcaan, Jah Vinci & Morgan Heritage who came to Ghana for concerts and other activities. Young Blackboi Amg Napiboi has done countless activations for artistes and has coordinated dozens of events both locally and internationally. He deeply understands the rudiments of the industry and has an upper hand in the reggae and dancehall fraternity (has served as an Executive Board Member of Vision Awards). His passion for the profession is enormous. Aside his PR duties, he also stands tall as one of the few bloggers who breakout first hand credible and also dig out substantial informations relating to the arts & industry. He is quite visible in the industry and very influential on social media, which to his advantage, has gunned a massive following for him on social media as well as in real life. He is a strong media and communication professional skilled in Coaching, Strategic Planning, and Event Management. He's very transparent on issues around the art industry.
Previous Tinashe Responds To Roc Nation Signing Rumours While Teasing New Song
Next Young Thug Provides Health Update With Hospital Bed Photo