President Joe Biden declared the end to the war in Afghanistan during a national address on Tuesday.

The conclusion to the United States’ war in Afghanistan has been in the works for years. A peace treaty was signed with the Taliban while former President Donald Trump was still in office in February 2020, and earlier this spring, current President Joe Biden announced that all American troops would be withdrawn from Afghanistan by September 11th.

Months later, President Biden and the White House have revealed that “98% percent of Americans in Afghanistan who wanted to leave were able to leave,” and during a national address on Tuesday, Biden officially declared the end to the United States’ war in Afghanistan.

“My fellow Americans, the war in Afghanistan is now over,” he said during his speech on Tuesday. “I’m the fourth president who has faced the issue of whether and when to end this war. When I was running for president, I made a commitment to the American people that I would end this war. Today I’ve honored that commitment.”

“By the time I came to office, the Taliban was in his strongest military position since 2001, controlling or contesting nearly half of the country,” Biden said further along in his national address. “The previous administration’s agreements said that if we stuck to the May 1 deadline that they had signed on to leave by, the Taliban wouldn’t attack any American forces. But if we stayed, all bets were off. So we were left with a simple decision — either follow through on the commitment made by the last administration and leave Afghanistan or say we weren’t leaving and commit another tens of thousands more troops. Going back to war. That was the choice, the real choice.”

President Biden reiterated his stance on the matter, saying, “I was not going to extend this forever war, and I was not extending a forever exit.” Watch the president’s full speech below.

Everything is impossible until you take the steps to make it possible, be positive in every step you make. Nature will definitely give you the smoothest part of life. Email us on [email protected] Whatsapp: +233540577992
@HiplifeHiphop
Previous Meek Mill – Blue Notes 2 Feat. Lil Uzi Vert
Next Is Kanye West Alluding To Kim Kardashian Cheating On “Lord I Need You?”

50 Cent Apologizes to Madonna For Trolling Her Thirst Trap 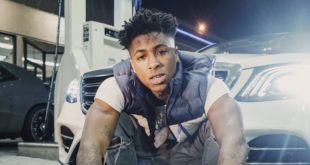 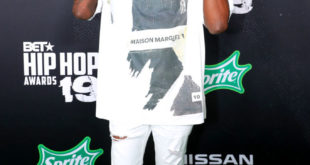