Breaking News
Home / GENERAL NEWS / U.S. senior wakes from COVID-19 coma on day she was to be taken off life support

U.S. senior wakes from COVID-19 coma on day she was to be taken off life support 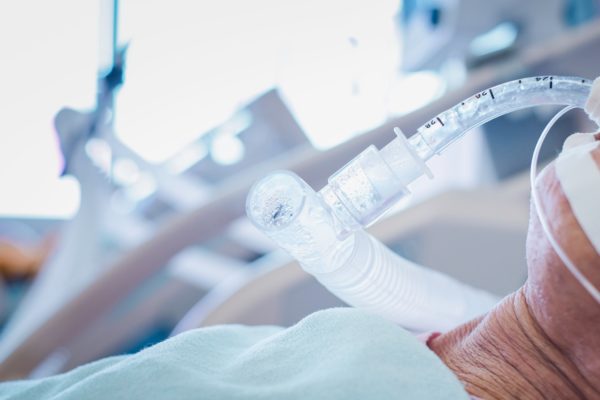 A Florida woman who was on a ventilator for weeks after contracting COVID-19 came out of a coma in a Maine hospital — on the day her family agreed to remove her from life support.

Bettina Lerman’s family had already made funeral arrangements and had picked out a casket and headstone for the 69-year-old woman. They were preparing to say goodbye after doctors said it didn’t look like she would ever wake up.

“We had a family meeting with the hospital because my mother wasn’t waking up. No matter what they (did), they couldn’t get her to wake up,” Andrew Lerman, Bettina’s son, told CNN. “They said that her lungs are completely destroyed. There’s irreversible damage — that it’s just not going to happen.”

The family was picking up her headstone on Oct. 29 when they received a call from the hospital.

“There’s nothing wrong. Your mother woke up,” the doctor told Andrew, more than four weeks after she was first placed on the ventilator.

“I literally dropped the phone. I was like, what? I mean, because we were supposed to be terminating life support that day,” he said.

Bettina contracted COVID-19 in September while in Maine caring for her husband, who has Stage 4 cancer. She was diagnosed on Sept. 12 and put on a ventilator on Sept. 21.

She was unvaccinated when she acquired the disease, but Andrew told WMTW that she now plans to get her shots. She has several underlying health conditions, including diabetes.

Her daughter, Jennifer Miele, wrote in a GoFundMe post that her mother suffered two collapsed lungs and multiple “spells” of pneumonia while intubated.

She said the family was so prepared for their mother’s death that they had travelled to her Florida apartment to collect sentimental family items. They then donated all of their mother’s possessions before giving up the apartment.

“Her doctors are saying she is a medical miracle and have never seen anyone go through what she has and woken up,” Miele wrote.

“This truly is a medical and faith miracle.”

Andrew said his mother still faces a long recovery and setbacks are possible, but she is undergoing physical therapy and able to breathe with the help of oxygen.

“We give her words of encouragement every day. We tell her to keep on fighting,” he told WMTW.

Everything is impossible until you take the steps to make it possible, be positive in every step you make. Nature will definitely give you the smoothest part of life. Email us on [email protected] Whatsapp: +233540577992
@HiplifeHiphop
Previous Fabolous & Dave East Ft Snoop Dogg – Make Some Money
Next New Images Show Man Shooting Back at Young Dolph’s Killers