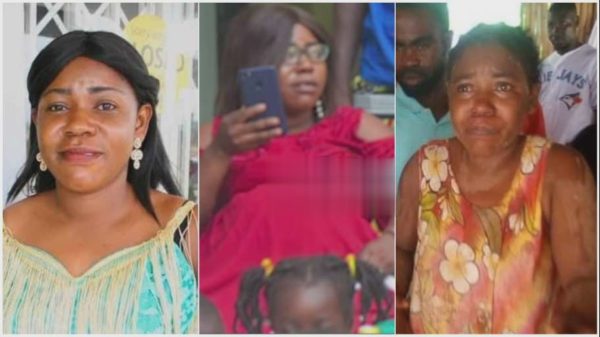 •Her family maintains that she was pregnant and was kidnapped

As the argument to wage over whether the alleged kidnapped woman in Takoradi was pregnant or not, a video has surfaced of her with what looks like a baby bump.

The video captures various photos and motion pictures of the woman either with her husband or other persons with a stomach that indicates someone who is pregnant.

The videos come in the wake of accusations by the Ghana Police Service and Western Regional Minister that Josephine Panyin Mensah was not pregnant as earlier claimed.

The police in a statement issued on Thursday, September 24, 2021, said that Josephine Mensah was not kidnapped as earlier claimed.

As a result, she has moved from a victim to a suspect in a possible case of fake kidnapping meant to extort money.

“Following her reappearance and on the basis of our preliminary investigations so far, the police wish to state the following:

“The police is heavily relying on medical experts who have examined her. Their findings are that Josephine Panyin Mensah was never pregnant within the period under review following thorough medical examination by medical doctors at the Axim Government hospital,” the police statement said.

The police further stated that records at the European Hospital in Takoradi where they said she used to seek medical attention, had no record of proof of her pregnancy.

“Investigations also suggest the suspect may have conspired with other persons over her possible planned disappearance.”

“Three people have so far been arrested for further questioning on possible conspiracy charges,” the statement added.

The police have also arrested three persons in connection with the incident. The three include her husband and mother-in-law.

Interestingly, however, her family and neighbours continue to insist that she has been pregnant for nine months and was due delivery.

Everything is impossible until you take the steps to make it possible, be positive in every step you make. Nature will definitely give you the smoothest part of life. Email us on [email protected] Whatsapp: +233540577992
@HiplifeHiphop
Previous Takoradi fetish priest repents after a failed attempt to ‘destroy’ Kennedy Agyapong
Next Ministry of Information engages journalists in Western and Central Regions